WE CELEBRATE THE SACRED BEAR HUNT
AND THE BIRTHDAY OF ROME 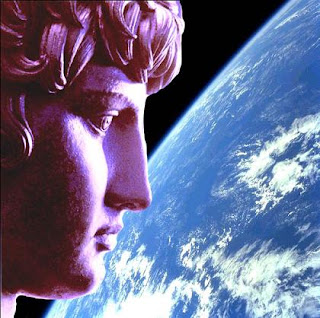 WORSHIPERS on four continents convened in an international Zoom conference tonight to celebrate the ancient festival of THE EROTICON, the Sacred Bear Hunt of Hadrian and Antinous, and the birthday of Rome.

April 21 marks the anniversary of the founding of the city of Rome in 743 BC by Romulus and Remus.

Adherents from North and South America, Africa and Europe were on hand via Zoom as Flamen Antonius Subia celebrated the rites at the Hollywood Temple of Antinous.

On this day we honor the great God of Love, Eros-Cupid, in his guise as Antinous-Phanes, the "radiant being of light who emerges from the egg of night". We also honor the Great God Priapus the divine phallus, the column of male virility, the bestower of the fertility of fields, vineyards, orchards and gardens. Priapus is the axis of the cosmos.

On this date we also commemorate the founding of the city of Rome, Natalis Urbis, personified by the Romans as Our Lady Roma. We celebrate the consecration of her sacred border, and of her birth, and eternal life, and remember that we are her children. 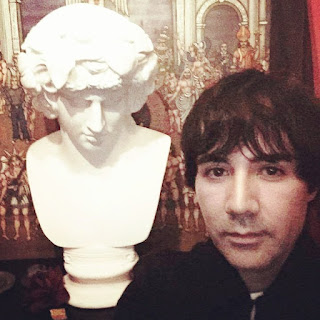 And also on this date we remember the Sacred Bear Hunt. While in Mysia in Asia Minor, in the year 129, the court engaged in a Bear Hunt near the city which Hadrian had founded (on an earlier trip) called Hadrianotherae, "Hadrian's hunting ground". It is the modern-day city of Balikesir in a lovely area of wooded forests and lakes in northwestern Turkey.

Hadrian loved animals and is known to have built tombs for his dogs and horses (according to Royston Lambert) and he loved to hunt. The Bear is the sacred animal of Diana-Artemis, and symbolizes the solitary, forest-roaming character of the Virgin Huntress. In the ferocity of the bear lies the secret of Diana's power, against which Hadrian and Antinous pitted themselves, as shown on the tondo from the Arch of Constantine.

The grand themes of the Eroticon are Love and Sex and Ferocious Anger. The Beast is always lurking inside of us. The mystery teaching surrounding the Bear Hunt involves getting to know your animal instincts -- sex and lust and rage -- and to become one with them and to turn them into powerful allies for your spiritual development.

"Antinous, under Hadrian's guidance, was an accomplished hunter, indeed it is perhaps his natural skill and bravery in the chase that elevated him to the absolute love and adoration of Hadrian. The Emperor was madly in love with hunters, and Antinous was one of the best. Antinous had perhaps been silently stalking and hunting the Emperor's favor for quite some time, and now, in Asia, in the sacred Hunting Grounds of Hadrian, Antinous closed in on the heart of his prey and captured the Emperor completely. In our commemoration of the Sacred Bear Hunt we recognize that Artemis and Antinous are twin deities, and we seek the Dianic-Artemis-Bear within ourselves."