REMEMBER WHAT THE ROMANS SAID:
FORTUNE FAVORS THE AUDACIOUS! 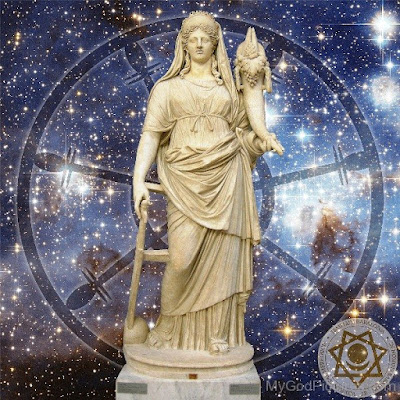 ON April 5th we remember the anniversary of the Temple of Fortuna Publica for the city of Rome.

It was one of three temples of Fortuna on the Quirinale Hill, where Fortuna Primigenia, Fortuna Brevis and Fortuna Euelpis were worshiped.

The symbol of Fortuna is the ever turning wheel, found in the Tarot pack as the Wheel of Fortune, this indicates that things change and that you should not rest on your laurels but be prepared to grasp opportunities. It also tells us that things will not stay bad forever, the wheel will turn and things will get better. 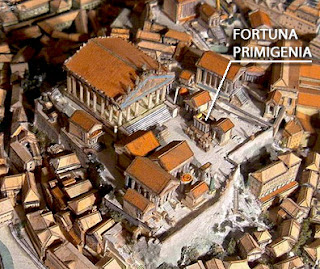 Fortuna was honored with three temples on the Quirinal Hill in Rome in the neighborhood called tres Fortunae, "the Three Fortunas".

Another was to Fortuna Publica Citerior (citerior meaning "nearer", probably because it was closer to the center of the city).

There is not much known of the third temple to Fortuna. Some identify it as again belonging to Fortuna Primigenia.

Fortuna Publica was sometimes known as Fortuna Populi Romani, the "Luck of the Roman People". Under this name She had an altar way up on Hadrian's Wall, at the fort of Vindolana, at modern Chesterholm in Northumberland, England.