IN spring of the year 130 AD, the Imperial entourage wound its way through the mountains of Asia Minor (modern-day Anatolia) and visited such cities as Ephesus and Tarsus before arriving in Antioch.

Antioch was their base of operations for the rest of that autumn and winter. From Antioch, they made excursions to other cities.

One jaunt in late summer was to the the ancient Phoenician twin cities of Tyre and Sidon on the Mediterranean coast.

Tyre and Sidon were famous for the production of the dye called Tyrian Purple which was used to color the robes of Emperors and Kings.

The dye was derived from "milking" thousands of sea snails known as porphyra in Greek and purpura in Latin ... from which we get the word purple.

The snails secrete a silvery semen-like mucous which is dripped on hand spun cotton thread. The color makes several color shifts and eventually colors the thread a beautiful violet color. 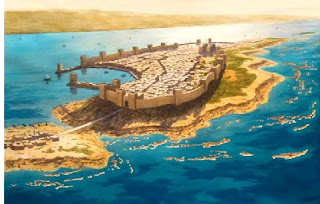 Arriving here in the Spring of 130 AD, Antinous and Hadrian were draped in purple as they entered city gates and ascended to the temple of the great god Melqart also known as Baal Sur.  The Greeks called the city Tyros.

Melqart was the sky god, god of war and the bestower of fertility, son of El who placed Baal on the throne of the world, from which Baal fought against evil and brought life-giving rain.

Tyre was the home of Europa, who Zeus seduced in the form of a white bull and carried off to Greece, her brothers would go on to found some of the most ancient Greek cities such as Minos in Crete, and Cadmus who founded Thebes.

The Phoenicians of Tyre were the greatest seamen of their age and the first explorers setting up colonies all over the Mediterranean, even entering the Atlantic to trade with Britannia and Germania. 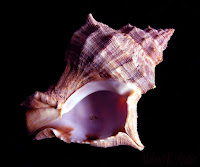 One Carthaginian even attempted to circumnavigate Africa reaching as far as the Congo River.  When the Phoenicians colonized the Mediterranean, they brought the religion of Baal to their far-flung colonies.

The city of Tyre created the colony of Carthage in North Africa which over time developed into a major power that rivaled Rome.  The religion of Tyre spread to Carthage and then to Spain where the Carthaginians set up colonies and later conquered, which led to conflict with Rome.

The war with Hannibal and the Carthaginians was the turning point of Roman history, and it was essentially a conflict between the Roman way of life and the Phoenician way as exemplified by Tyre.

The Greeks assimilated Baal Melqart with Hercules viewing him as a cross between Jupiter and his heroic all-powerful son Hercules. Baal was worshiped in Spain when Hadrian was born and so the visit to the ancient Temple of Baal in the city of Tyre was touched with the reminiscence of home.

Tyre was the foremost city of Phoenicia, and though fiercely independent, the Tyrians assisted the Persians in their attempt to conquer Greece, but their navy was defeated by the Athenians.

When Alexander arrived, the Tyrians refused to surrender, and the city had to be taken by siege.  During the Roman age, Tyre flourished as a center of trade with a monopoly on the secret production of their purple dye which was more valuable than gold and therefore became a symbol of kings and emperors.

Hadrian was very pleased by the reception he received by the Tyrians and how they had embraced his policies, he therefore raised the status of the city to a Metropolis. 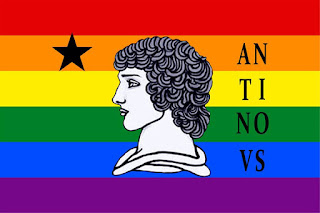 Antinous came in contact with the ancient Phoenician religion at Tyre with its dark blood-rites and the prominence of the bull cult, but it was the connection he made with the sacred purple dye, which would soon become his emblem and sacred color.

In time the color would also be associated with the early Gay Rights movement as it was the first color chosen for the gay flag, predating the rainbow flag.

The purple stripe at the bottom of the rainbow flag is said to symbolize spirit and therefore is the stripe that represents Antinous and Gay spirituality.  The influence of  Antinous's visit to Tyre is still with us.