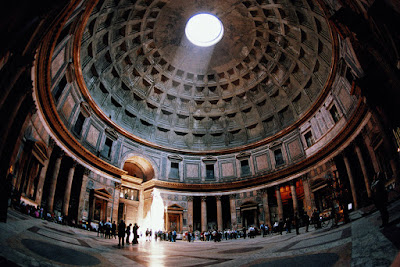 THE crowds of tourists at Hadrian's Pantheon witness a spectacular light show on April 21, the anniversary of the founding of Rome, when a ray of sunlight illuminate the temple portals.

The phenomenon, similar to one on the March Equinox, is one of the mysteries that have always surrounded what lies behind the unusual design of the Pantheon, the giant temple in the heart of Rome that was built by the Emperor Hadrian.
Now experts have come up with an intriguing theory – that the temple acted as a colossal sun dial, with a beam of light illuminating its enormous entrance at the precise moment that the emperor entered the building on the anniversary of the founding of the city of Rome each April 21. 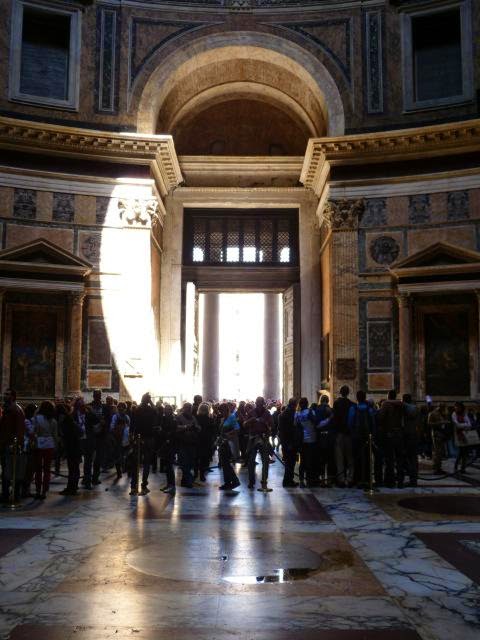 Constructed on Hadrian's orders and completed in 128 AD, the Pantheon's hemispherical dome is punctured by a 30 foot-wide circular hole known as the 'oculus'.
It provides the interior of the building with its only source of natural light and allows in rain and – on rare occasions – snow.
Giulio Magli, a historian of ancient architecture from Milan Polytechnic, Italy, and Robert Hannah, a classics scholar from the University of Otago in New Zealand, have discovered that at precisely midday during the March equinox, a circular shaft of light shines through the oculus and illuminates the Pantheon's imposing entrance.
A similar effect is seen on April 21, which the Romans celebrated as the founding date of their city, when at midday the sun beam strikes a metal grille above the doorway, flooding the colonnaded courtyard outside with light.
The dramatic displays would have been seen by the Romans as elevating an emperor into the realm of the gods – a cosmological affirmation of his divine power as he entered the building, which was used as an audience hall as well as a place of worship. 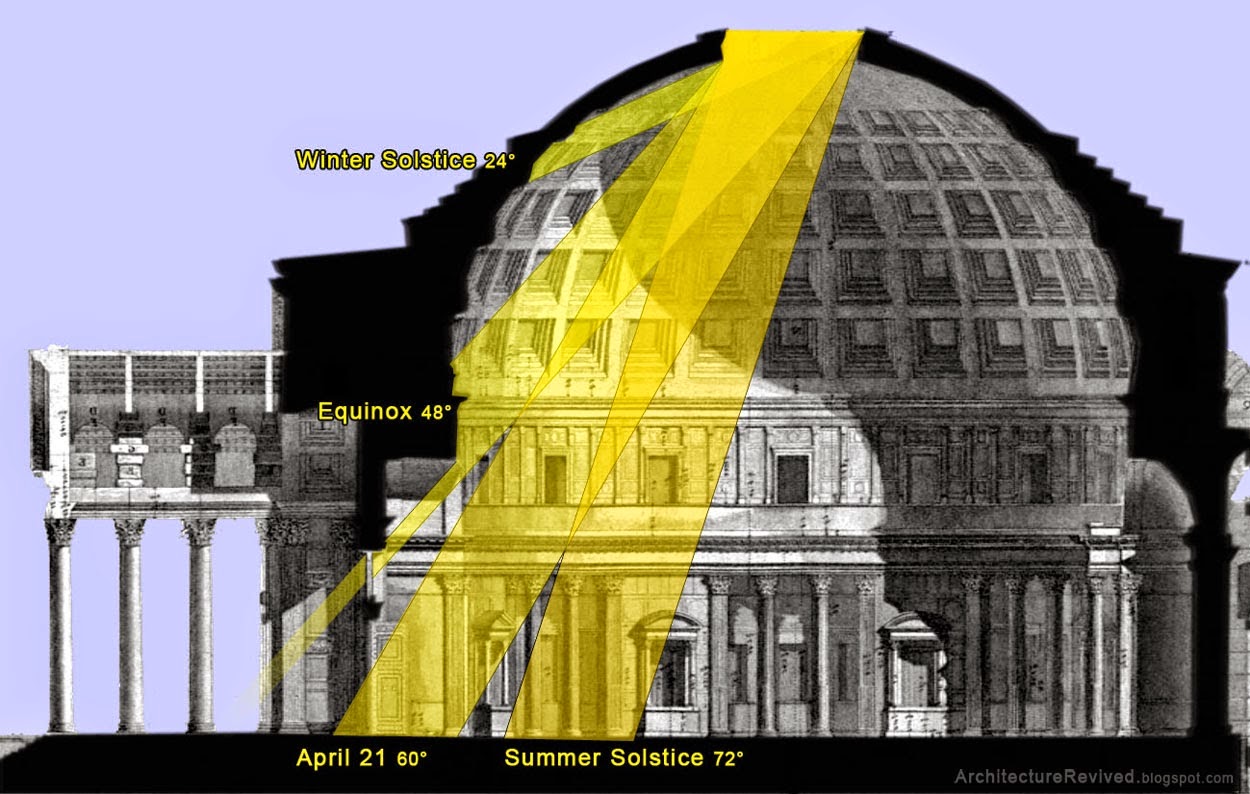 He was in effect being "invited" by the sun to enter the Pantheon, which as its name suggests was dedicated to the most important deities of the Roman world.
"The emperor would have been illuminated as if by film studio lights," said Professor Magli.

"The Romans believed the relationship between the emperor and the heavens was at its closest during the equinoxes. It would have been a glorification of the power of the emperor, and of Rome itself."
The sun had a special significance for the Romans, as it did for the ancient Egyptians.
The god Apollo was associated with the sun, and the emperor Nero was depicted as the Greek sun god Helios in a giant statue called the Colossus, which gave its name to the Colosseum.
One of antiquity's most remarkable examples of engineering, the Pantheon's fine state of preservation is thanks to the fact that it was converted into a church in the seventh century, when it was presented to the Pope by the Byzantine Emperor Phocas.
It retains its original bronze doors and marble columns, some of which were quarried in the Egyptian desert and transported by the ship down the Nile and across the Mediterranean to Rome at huge expense.
Posted by Hernestus at 12:00 AM