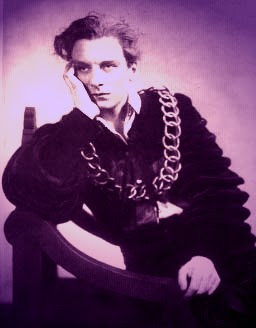 THE religion of Antinous honors one of our most blessed thespian saints and martyrs, St. John Gielgud, who was born 14 April 1904.

The most terrible moment in John Gielgud's life ... on which he maintained a public silence for 50 years ... was the subject of a critically acclaimed play in the London West End.

The play, entitled "Plague Over England", was about the scandal which swept across Britain in 1953 when John Gielgud was arrested by an undercover policeman in a public toilet in London.

But the 2008 play was concerned with much more than Gielgud's arrest in on the charge of "importuning for immoral purposes". The play showed the plight of gay men in the 1950s Cold War atmosphere when gays were associated with Communist espionage.

Its characters include the producer who nearly ended his career, the virulently anti-homosexual Lord Chief Justice Rayner Goddard, an American fleeing his own country's anti-Communist paranoia, and a doctor who claims to "cure" same-sex attraction with "Clockwork Orange"-style electric shock therapy.

Homosexuals had long been feared and hated in England as men who, it was believed, preyed on the innocent young, and were thus unfit to lead normal, happy lives. Until 1967, they risked prosecution for what the law called "acts of gross indecency between male persons", even in private, and could be arrested for merely showing -- in a police spy's opinion -- an intent to commit them.

Police throughout England were alert for any hints of homosexual behaviour. Just before Gielgud was arrested, two prominent high-class gay men had been uncovered as KGB spies, resulting in a further crackdown on all gay activities. The officer who arrested Gielgud was part of a Metropolitan Police squad established in 1930 that regularly lurked in central London toilets. 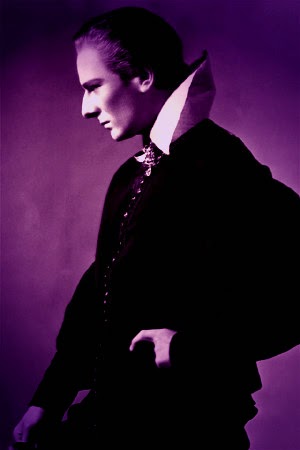 The year in which Gielgud came to grief in a Chelsea public convenience was a particularly dangerous one for homosexuals, as the increased frankness of the period allowed politicians, the police, and the press to profit by inflaming public hysteria, warning that a "plague" or "epidemic" of sodomy and Communism was sweeping the land.

The climate of fear was chilling to gay men who paid even the slightest attention to the news.

Gielgud, however, was, in his own words a "silly gubbins" who took no notice of anything outside of acting. On October 21, following the rehearsal for the play "A Day By the Sea", this supremely unworldly man, then 49, had a few drinks at a party and then visited a public lavatory popular with "cottagers" -- English gay slang for men who cruise toilets.

Arrested, and aware that he should give a false identity, he said he was a clerk called Arthur (his real name) Gielgud. The next day he  appeared before a magistrate who did not know who he was, fined him 10 pounds, and ordered him, with the disdain and sexual ignorance of the period, to "see your doctor the moment you leave this court".

Unfortunately, a better-informed Evening Standard reporter was there, too. When that afternoon's paper hit the streets, he was on the front page.

You can imagine the shame and the terror with which Gielgud turned up at rehearsal (he had considered suicide) for the role of a bachelor diplomat whose mother worries that he is lonely and unloved.

But the company, led by his co-star, Dame Sybil Thorndike, in fact welcomed him with open arms. "Oh, John," she said, in one of the most magnificent double entendres of all time, "you HAVE been a silly bugger!" 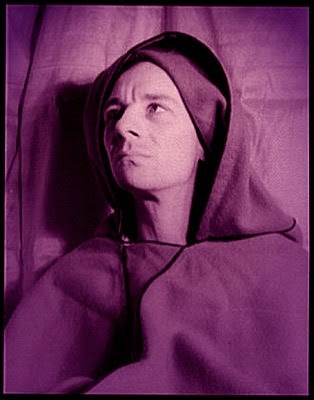 The producer of "A Day By the Sea", however, the immensely powerful Binkie Beaumont, saw the newspaper articles and the hate mail, and worried that the public would stay away.

Yet his thoughts of firing the star were thwarted by Gielgud's brother, Val, who applied a little judicious blackmail about Binkie's very own private life.

Everyone was nervous that the audience might react with silence or even boos.

But as the curtain came down he was cheered to the rafters.

Gielgud was known for having a penchant for anonymous bathroom sex -- It's one of the reasons his knighthood (just a few months before the arrest) was postponed for years. He even had a "cruising cap" for such forays, an attempt to disguise himself so as to avert detection by fans who might recognize him.

The arrest had important consequences, and not only for Gielgud, who was told by the British embassy in Washington to forget about a planned American production of "The Tempest". because he might prove "an embarrassment".

Afterwards, the floodgates opened as the public was confronted by the disturbing fact that an extremely distinguished and beloved artist was one of the people they, in theory, despised. The fuss contributed to the Wolfenden Commission, set up the following year to study prostitution, taking on homosexuality as well. Its recommendations eventually led to decriminalisation in Britain.

While the affair broke Gielgud emotionally, he put himself back together in a way that made him better suited to a theatre in a world of greater change and upheaval.

For his talent and for his courage, the Religion of Antinous honors Saint John Gielgud as a Prophet of Homoeros.