EMPEROR HADRIAN'S ATHENAEUM
WAS WHERE ANTINOUS WENT TO SCHOOL 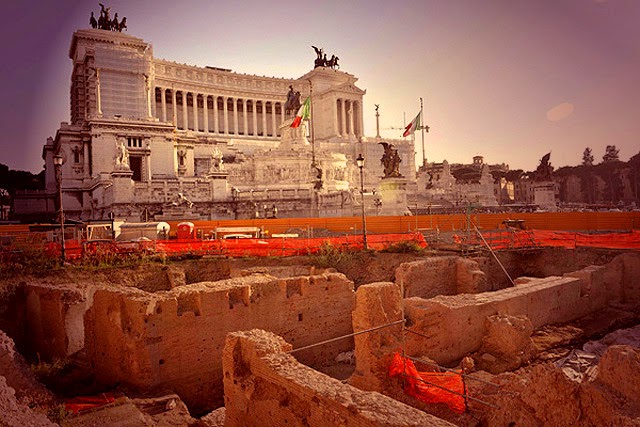 THIS is probably where Antinous went to school after Emperor Hadrian brought him to Rome … the first university west of Athens ... Hadrian's Athenaeum, modeled on the original school in Athens.
The ruins were unearthed in 2009 by archaeologists excavating at the Piazza Venezia, just across the street from the colossal Victor Emmanuel Monument. Experts spent the next three years working the site. 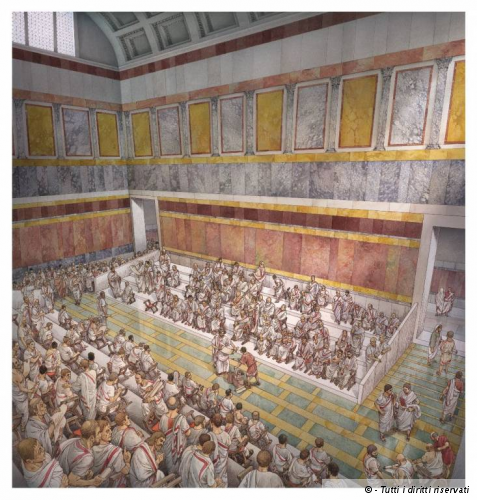 During that time they discovered that it was far more than just a school.

It was a veritable CULTURAL CENTRE for the performing arts which included a 900-seat auditorium suitable for poetry readings, recitals and other artistic entertainment that reflected Hadrian's refined tastes.
The location came as something of a surprise since Hadrian's Athenaeum traditionally was believed to have been located on the Capitoline Hill.

The ruins are located below the hill on the fringes of the Forum.
The experts say they are convinced this must be the site of the Athenaeum because the ruins appear to be those of a large auditorium-style lecture hall which could have accommodated hundreds of students. 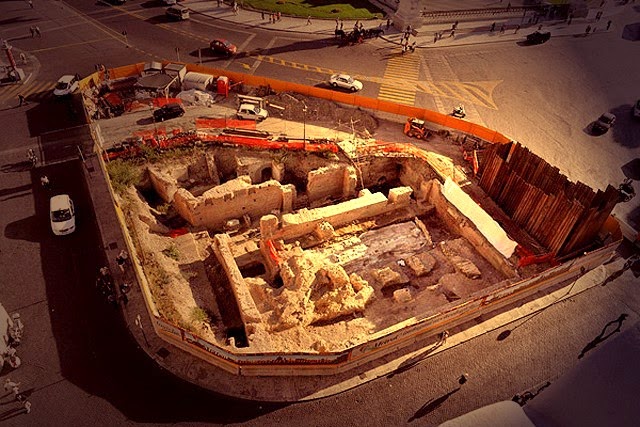 They uncovered twin monumental staircases of six steps each which were buried under debris that was the result of the collapse of upper floors of the building, probably during an earthquake in the Middle Ages.
Each of the staircases ... with wide, shallow, deep steps ... are on opposite ends of a rectangular room with granite and yellow marble paving. Experts believe the "stairs" were actually lecture hall seating.
Little is known of the details of study at the Athenaeum, but some literary sources suggest that young men from all parts of the Roman Empire, after finishing their usual school and college studies in their own town or province, came to Rome for higher education.
In keeping with his dream of creating an empire based on Hellenistic principles of beauty, tolerance and learning, Hadrian established the Athenaeum in 123 AD for the promotion of Classical Liberal Arts studies.
It set the standards for subsequent schools of higher learning in Western Europe. Royston Lambert, in his biography of Antinous BELOVED AND GOD, calls the Athenaeum "the first university in the West."
Posted by Hernestus at 12:00 AM