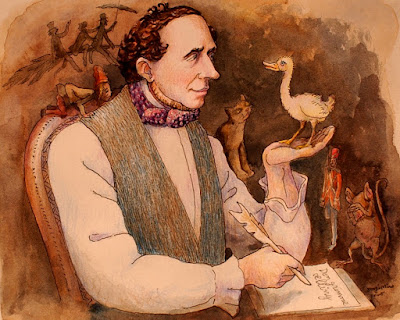 WE remember Danish fairy tale writer Hans Christian Andersen as a Saint of Antinous because he was gay although he may never have acted on his gayness.
Biographer Jens Andersen says the author could not overcome societal strictures against homosexuality ... but also could not bring himself to marry a woman.
In modern parlance, "he was just not that into girls", according to the author.
In an almost Freudian manner, Andersen channeled his sexual energies into his writing, creating some of the finest fairy-tale fiction ever written.
He fictionalized his biography as a wonderful fairy tale, even naming his autobiography "The Fairy Tale of My Life".
His own life read like a fairy tale. He was born April 2, 1805, in Odense, the son of a poor shoemaker and an illiterate laundry woman. 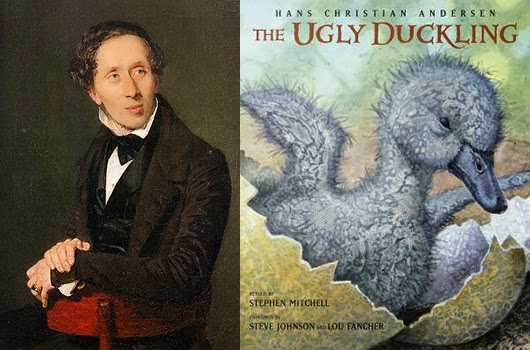 Like "The Ugly Duckling", he was an eccentric boy who was teased merciless by other children for being odd-looking and awkward and for wearing hand-me-downs.
At age 14 he moved to Copenhagen in hopes of finding other misfits like himself. He succeeded beyond his dreams, winning the hearts of leading bourgeois families, who sponsored his education.
Andersen finished his secondary schooling in 1828 and determinedly set about establishing himself as a writer. He published his first novel within a year and was soon on his way to fame, churning out novels, travel books, dramas, autobiographies and poetry.
Firmly established as a Danish man of letters, he turned his talents to fairy tales in 1837, he began writing the fairy tales that won him international fame and access to the royal houses and cultural elites of Europe.
He travelled widely, touring Europe and Britain. In London, he stayed with Charles Dickens, who found the effeminate, fussy, self-centered and hypochondriacal bachelor a tiresome guest.
While Andersen's novels are traditional romantic works celebrating religion and nature and displaying a deep faith in God, his fairy tales offered room for his subconscious mind to work out "relationship issues", according to his biographer. 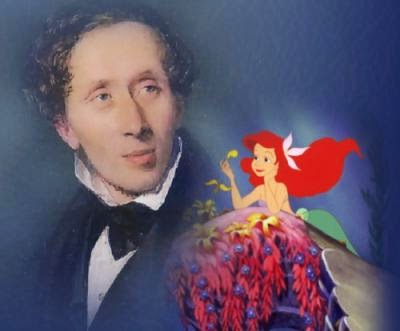 Many of the fairy tales may be read as gay allegories, and some are clearly autobiographical.
For instance, "The Little Mermaid" was written after a crisis Andersen suffered in 1836 at the marriage of Edvard Collin.
Andersen's novel "O.T.", depicting an intimate male friendship, is also influenced by this unrequited love, according to the biographer.
Although Andersen typically conducted one-sided infatuations with young men, he did experience a more reciprocal romantic friendship with the Hereditary Grand Duke of Weimar, Carl-Alexander von Saxe-Weimar-Eisenach, whom he met in 1844. 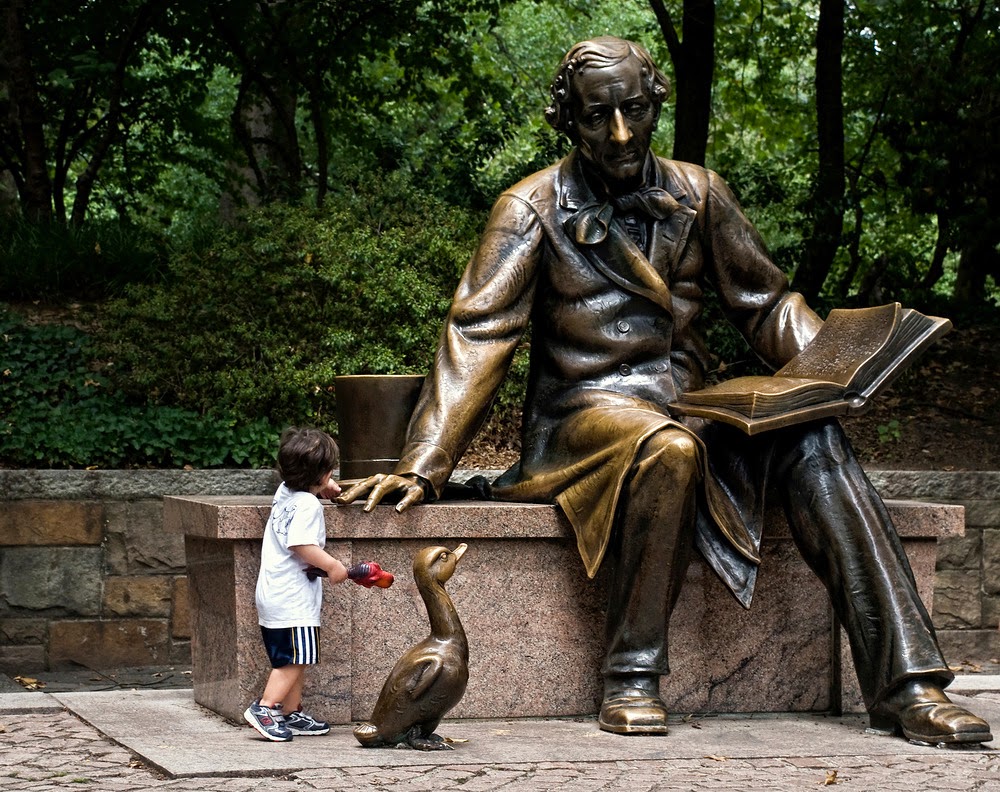 In his later years, Andersen was infatuated with the young ballet dancer, Harald Scharff.
Andersen died on August 4, 1875. It was not until 1893 that his sexuality was publicly discussed, when a newspaper hinted that he may have been a homosexual.
In 1901, an article in Magnus Hirschfeld's Jahrbuch fuer sexuelle Zwischenstufen also discussed him as a homosexual.
Actually, says his biographer, Andersen may never have had sexual relations with anyone. The pages of his diaries are festooned with crosses which he used to indicate masturbation.
The famous crosses suggest that he was an ardent masturbator, who meticulously recorded this act, as he recorded everything else in his life.