ANTINOUS IS THE GOD OF THE GAYS
BUT WAS HE GAY IN THE MODERN SENSE? 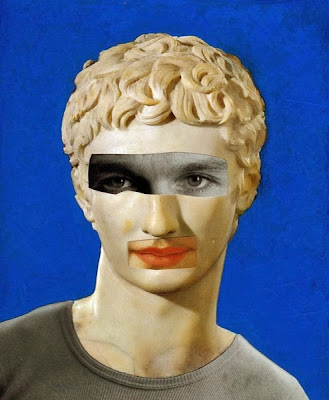 WE are often asked whether Antinous was gay during his mortal lifetime ... truly gay, at least as we understand the complex sociological and orientation that exist today.

But was Antinous "gay" in the modern sense?

Scholars have quibbled ... especially in Victorian times ... that Hadrian and Antinous were not homosexuals in the modern sense.

These semantic nuances allowed academics to sidestep the socially loaded issue of calling some of the greatest figures in history "practicing homosexuals" ... because that might imply that homosexuality was in fact not a degenerate mental illness, but instead was perfectly normal.

Even up until the turn of the 21st Century, many academicians (mostly male) persisted in avoiding the "G" word when referring to Hadrian and Antinous.

All of that changed at a news conference in London a few years ago.

"Hadrian was gay, and we can say that now. The Victorians had a problem with it. But we can say it." Thorsten Opper, a British Museum curator of Greek and Roman sculpture shocked the stuffy world of academia when he made that statement ... at a news conference announcing the Museum's Hadrian: Empire and Conflict" exhibition in 2008.

The British Museum, that bastion of staid and conservative scholarship, signaled a paradigm shift in historical awareness of homosexuality.

The collage portrait of Antinous by artist Doug Stapleton on this page symbolizes the many layers of perception of gayness through the ages.

"Antinous represents the divine essence that we all hold in common, so yes, I believe that in his own way and for his time, Antinous was gay just like we are now."