FABLED LIGHTHOUSE OF ALEXANDRIA
TO BE REBUILT, IF EGYPT GETS THE MONEY 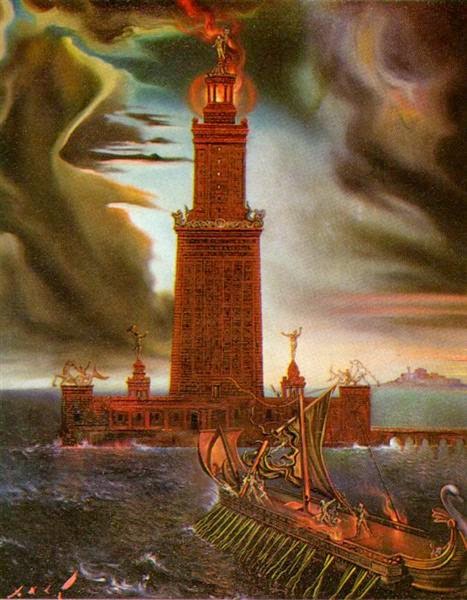 IN a desperate bid to lure tourists back to Egypt, officials have unveiled ambitious plans to rebuild the fabled Lighthouse of Alexandria ... however, without indicating how much it might cost and where the money will come front.

The announcement by Mustafa Amin, head of Egypt's Supreme Council of Antiquities, comes only days after he admitted Egypt has run out of money to finish building another ambitious project ... the Grand Egyptian Museum to replace the ageing Cairo Museum.


Amin said Egypt needs a further $300 million to complete the project which originally was budgeted at $800 million. Now it is expected to cost $1.1 billion.

In an effort to boost funding, Egypt’s government has managed to scrape up $37 million towards the completion of the Grand Egyptian Museum. Japan and other countries are being approached to foot the rest of the bill.

In announcing plans for the Lighthouse of Alexandria, Amin disclosed no details on funding and said only that the plans had been approved and handed over to local authorities.

It will be erected on a spit of land southwest of the original site, which is submerged.

Built by the Greek architect Sostratus of Cnidus for the purpose of guiding sailors into the harbor, the tower was completed and inaugurated during the reign of Ptolemy II Philadelphus (285 BC-246BC).

The Pharos, as it was called, was one of the original Seven Wonders of the Ancient World and was still standing when Hadrian and Antinous visited Alexandria in 130 AD.

The Lighthouse was destroyed by a series of earthquakes in subsequent centuries. Its submerged ruins were discovered by marine archaeologists led by Franck Goddio in 1994.