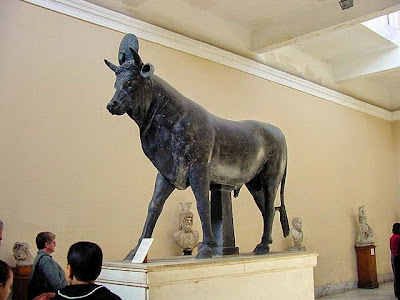 THE magnificent life-size Apis Bull basalt statue commissioned by Hadrian reportedly was "smashed to pieces" in a botched effort by curators at a museum in Alexandria to shift it into a crate for shipment to an exhibition.

The Egypt Heritage Task Force group on Wednesday wrote on Facebook that the statue was broken to pieces while it was being transported from the Graeco-Roman museum storeroom to the Maritime Museum to prepare it for a European exhibition tour of Alexandria's underwater archaeology.

Hadrian and Antinous VISITED THE SERAPEUM, where hundreds of Sacred Apis Bulls were entombed, during their tour of Egypt in 130 AD. It was perhaps then that Hadrian commissioned the statue. 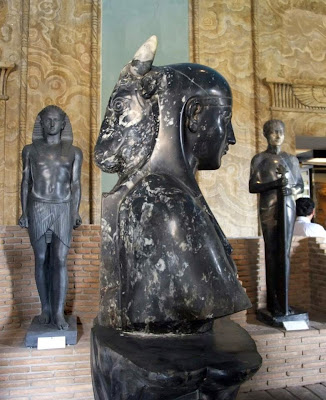 He commissioned a number of other fine statues, includiing several of Antinous as Osiris, of Ptah and a bust of Antinous merged with the Apis bull-god Serapis.

The Apis Bull statue is about 1.90 metres long, carved in basalt and dated to the reign of the Hadrian in the 2nd Century CE.

It was discovered to the west of Pompey's Pillar in Alexandria and is considered the finest example of Hadrian's favored Greco-Roman style of sculpture.

The activists claim the masterpiece should have never been moved for the exhibition because, under the antiquities law, all unique heritage objects cannot travel to exhibitions abroad.

"The statue was moved to be packed to travel even before the official approval of the exhibition was taken," they claim in a statement, adding that the Ministry of Antiquities did not report the incident so that the company responsible for the exhibition would not have to pay the insurance. 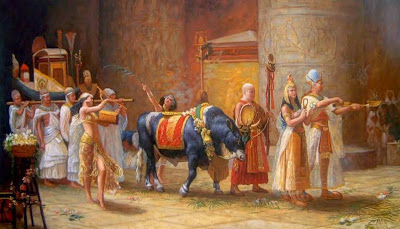 Instead, they claim, a foreign archaeologist who is also involved in the exhibition paid to get the statue restored.

"The statue was restored badly," one of the activists told Ahram Online but requested anonymity. She pointed out that the statue should not leave Egyptian soil.

"This is still being kept low profile, despite the fact that Ahmed Sharaf, the ex-chief of museums at the Ministry of Antiquities, has been imprisoned on other corruption charges since," she added.

However, the claims by activists have been disputed by the antiquities ministry.

"All that has been published on Facebook or said by the activists is completely untrue and unfounded," Nadia Khedre, head of Museums Section in Alexandria, told Ahram Online.

"The statue is safe and sound," she asserted, adding that it arrived safely at the Maritime Museum and was never broken. She describes what has circulated on the internet as an attempt to distort the reputation of Egyptian archaeologists and restorers.

Posted by Hernestus at 7:52 PM