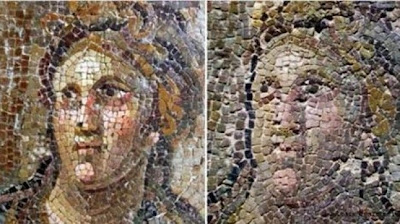 A dispute has broken out over the apparently destructive restoration of ancient Roman mosaics in Turkey.

Turkish newspaper Hurriyet Daily News reported at least ten mosaic panels from the Hatay Archaeological Museum in southern Turkey were damaged.
But the Turkish government denied the artworks were harmed and accused the newspaper of digitally altering the images.

He took photographs showing tiles were missing, the wrong colour, or placed in the wrong shape. 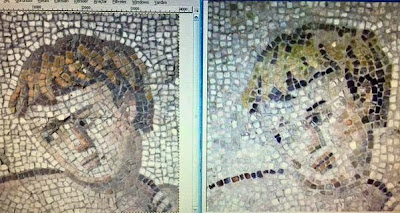 "Valuable pieces from the Roman period have been ruined. They have become caricatures of their former selves," he told news website Antakya Gazetesi.

He said the damaged panels included world-famous artworks depicting the sacrifice of Isaac and the Greek mythological figure Narcissus, and some dated back to the 2nd century AD.

Turkey's Culture Ministry launched an investigation into the damage.

Governor of Hatay Ercan Topaca told the state-run Anadolu Agency that they were looking for anyone guilty of negligence while moving the mosaics from the Hatay Archaeological Museum to the museum's new building in Antakya, The Independent reported.

He said "eight or nine" mosaics were damaged. "Some mistakes were made while the mosaics were being mounted," he told Anadolu.

He confirmed all restorations were on hold while the issue was being investigated.

However, Turkish minister of culture and tourism Omer Celik has subsequently denied the mosaics were damaged.

"The story published in the daily Hurriyet ... has no scientific grounds and it violates journalism ethics as well," he told Anadolu Agency.

He said an investigation had proved the images reproduced in the Hurriyet Daily News were "clearly" digitally altered.