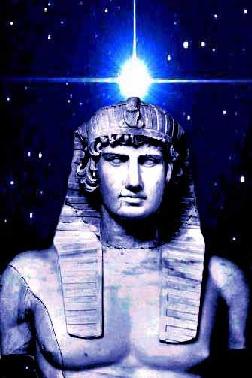 THE 14th of March is the Ancient Egyptian festival of Osiris Unnefer .. life reborn after the dead of winter.

Antinous has always been identified as Osiris, and on this date we commemorate his victory over death by celebrating the joy of life.

The ancient festival is the celebration of the death and resurrection of Osiris.

The ancient story tells how the evil god Set and his seventy-two accomplices had murdered Osiris by drowning him in the river, and then they dismembered him, scattering his limbs up and down the valley.

His sacrifice causes the annual floods that bring life to the rainless valley.

Osiris arises from the dead, but needs the constant supplication of his devoted followers to strengthen his return.

It is said that, in ancient times, young boys, chosen for their exceptional beauty were thrown into the Nile to drown, just as Osiris had drowned, as a sacrifice to the God of the Nile for the benefit of the living.

Those who drowned in the Nile were considered to have become gods, especially if the water responded the following year with a deep inundation.

During his tour up the Nile with Emperor Hadrian in 130 AD, Antinous underwent a transformation the likes of which we can only wonder, because from this point onward, the history of Antinous takes on mythical proportions.

Antinous fell into the Nile. There is no way to know if he was pushed, if he committed suicide, if he gave himself as a human sacrifice, or if he slipped and drowned by accident. 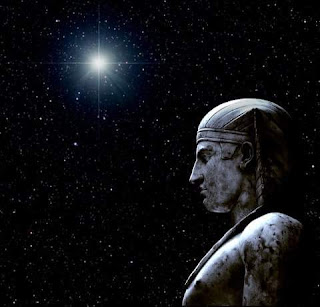 No explanation was given, perhaps even then it was a mystery.

Hadrian "wept like a woman," we are told, in front of the entire court. This shameless display of emotion became a scandal that for so many centuries discredited the achievements of Hadrian.

It made plain that their relationship had transcended what was usual and what tradition held to be manly and appropriate for an Emperor of the warrior Rome nation.

They showed Hadrian that the local people had already taken up the lamentation and exaltation of Antinous, proclaiming that he had become a God, after their custom. Hadrian took these sentiments to heart.

The following day he consulted with his advisers and with the Roman pontiffs of the court, and revealed his astonishing plan.

On October 30th of the year 130 AD, Hadrian founded the Holy City of Antinoopolis on the bank of the river where Antinous had drowned, tracing out the major streets with his own rod in the sand.

He then proceeded to do the unthinkable, as Pontifex Maximus, High Priest of the Roman Religion, he declared that Antinous was a God, that he had conquered death, and risen up to dwell among the never-ending stars ... as Osiris.

Proclamations were sent out to ever corner of the world, inaugurating the religion of the New God Antinous-Osiris.