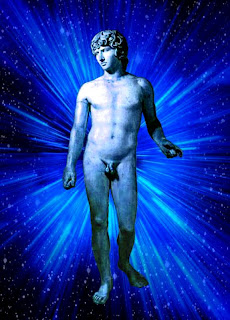 IN the Spring of 130 AD, Hadrian and Antinous visited the city of Byblos, which Greek historians claimed was the oldest city in the world.  The city was dedicated to the Goddess, Ba'alatGebal who was the daughter of El and was equated with Astarte-Venus.

It was through Byblos that the founding legends of the birth of Aphrodite-Venus came to the Greeks.

It was here that the passion story of Adonis took place in the forests of nearby Mt. Lebanon.

Venus had fallen completely in love with him which made her lover Mars jealous, so he disguised himself as a boar and attacked Adonis, gorging him in the groin so that he bled to death in the arms of Venus.

When his spirit descended to the underworld, Venus demanded that he be returned from the underworld and given eternal life, but Persephone also fell in love with him and wanted him to stay with her, so Jupiter had to intervene and allowed Adonis to return each Spring in the form of anemone flowers to be with Venus and then descend again in the Autumn to be with Persephone.

It was during the Spring festival of the death and rebirth of Adonis that Hadrian and Antinous arrived at Byblos to take part in the ancient celebration. The festival included a period of wailing and morning for the death of the beautiful boy, followed by joy and celebration when he symbolically returned from the underworld.

The Adonis river which flows through the Byblos into the sea begins in a cave far up in the mountains where a temple of Venus once stood, it is here that Adonis was said to have been born and to have died.  Every spring the water of the river turns red, which is said to be his blood flowing to the sea, and the hillsides are covered in red anemones, the flower of Adonis.

We praise the beauty of the reborn gods who’s return is the time of blessings and new beginnings.

ANTONIUS SUBIA
Posted by Hernestus at 12:00 AM