MEXICO'S FIRST SAINT OF ANTINOUS
IS VICTIM OF HOMOPHOBIC VIOLENCE 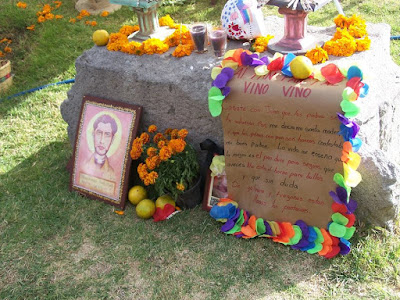 He was brutally murdered by unknown assailants near his home in the Mexico City suburb of Tultitlán on 3 March 2016.

Our sister group Epithimia Antinous at the TEMPLO DE ANTÍNOO MÉXÍCO holds an annual vigil for him during ceremonies at the sanctuary of Santa Muerte in Tultitlán near Mexico City. 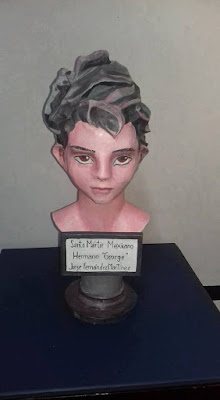 Today we commemorate the anniversary of the death of our brother in Antínoo Jorge Fernández Martínez, First Saint of Antínoo in Mexico, victim of homophobic violence in the Municipality of Tultitlán, State of Mexico.

We also thank the Eclesiae Antinoi for having remember him on this date through the International Blog of Antinous the Gay God.

And we thank our brothers throughout the world who have raised their prayers for their eternal rest at the side of Antinous the God Gay.

Praised be the gods because there will be justice in this life or in the other, for the crimes of hatred against our community! And let's say together with FLAMEN ANTONIUS SUBIA: 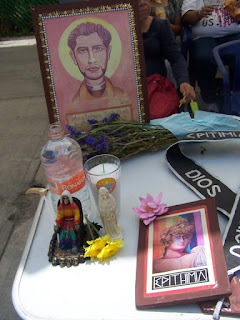 "When Antinous died, he passed into the realm of the dead where he met with our Lord Osiris and they became one God. A single God to rule the Underworld, travel through the chambers of darkness, cross the rivers of blood, cross the lakes of fire, where the light of his beautiful heart shines like a beacon. All the souls of gays, lesbians and trans will be reunited to give them a safe exit from the kingdom of shadows. He will welcome you all in his Million Year Barque. Not a single soul will be left behind forgotten and without love. Everyone will find a place of love and peace by their side. Let us raise our voices of praise, always in this way, from now on, until the end of time ... "!