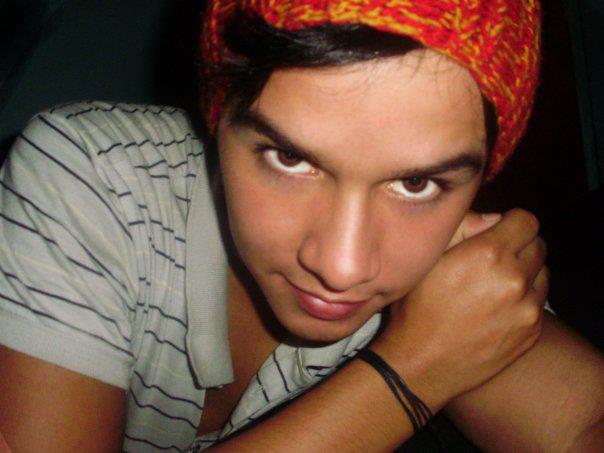 WE honor Daniel Zamudio as a blessed and beloved Saint of Antinous.

Through his horrific death in Santiago de Chile at the hands of Nazi thugs, Daniel Zamudio spawned outrage throughout the Spanish-speaking world which forced politicians in Chile to enact anti-discrimation laws.

On the morning of March 3, 2012, 24-year-old Daniel Zamudio was admitted to Santiago's Posta Central Hospital with severe cranio-cerebral trauma, cranial haemorrhage, multiple cuts and contusions on the face, thorax and limbs, aspiration pneumonia and a compound fracture of tibia and fibula of his right leg.

Daniel Zamudio had been tortured for nearly six hours by four youths allegedly belonging to neo-Nazi groups, who assaulted him simply because he is gay.

In his statement, one of the suspects, Raúl López, said they "kicked and punched (Zamudio) in the head, on the face, in the testicles, on his legs, all over his body." Then they carved three swastikas on him with the jagged glass of a pisco bottle that, minutes earlier, they had broken on his head.

Zamudio, a clothing store salesman, was attacked in a park in Santiago by thugs who singled him out because he was gay.

The second of four brothers, he had hoped to study theater, his brother Diego said. "He was very loving, an excellent person and that's why it's so hard to believe that they attacked him with such hate," he said.

Antinous is the God of ALL people who have suffered and been martyred for being gay. Daniel Zamudio is in the embrace of Antinous the Gay God.