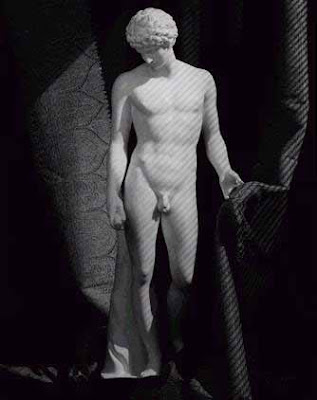 ON March 9 the Religion of Antinous honors Robert Mapplethorpe, Saint of Antinous.

In 1990, the Cincinnati Contemporary Arts Center and its director were charged with "Pandering Obscenity" after an exhibition of Mapplethorpe?s photographs.

They were eventually acquitted but the event fueled a national debate over federal funding of the arts in the United States.

The debate, which has affected American art ever since, focuses on whether tax dollars should be spent on projects which political conservatives deem objectionable. Specifically, the debate is over whether gay-theme art should be funded.

Robert Mapplethorpe died from AIDS on 9 March 1989, at age 42, one year before his art spawned the controversy, so he was only able to speak through his photographs.

The controversy that Robert Mapplethorpe sparked exposed the double standard by which homosexual art is judged against heterosexual art. He revealed that nudity is most "obscene" to non-gays when it involves males.

We proclaim his sainthood to be heroic and dedicated to Antinous, because Robert Mapplethrope beautifully photographed a plaster statue of Antinous (shown at left), indicating that he must have known our God and in some way loved him.