UNEXPECTED ANTINOUS AT BRITISH MUSEUM:
COPY OF THE ILDEFONSO GROUP 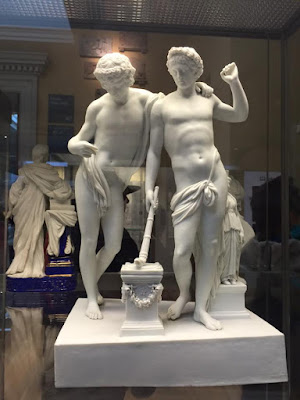 ONE of the highlights for Antonius Subia during his recent pilgrimage to the British Museum was a "surprise Antinous" he had not expected to see.

It was a small replica of the life-size statue of Antinous as Castor and Pollux called the ILDEFONSO GROUP at the Prado in Spain.


"I was taken by surprise to find this," Antonius Subia says.

"It was the first time I've seen it … even if only a copy … it's a glimpse of what the real thing must be like in Spain."

Despite the head of Antinous the Gay God from another statue (left), the group is now accepted as Castor and Pollux, offering a sacrifice to Persephone.

Such an identification is based on the right-hand figure, who holds two torches, one downturned (on a flower-wreathed altar) and one upturned (behind his back), and on identifying the woman's sphere as an egg (like that from which the Dioscuri were born).

Antonius took these images from all sides: 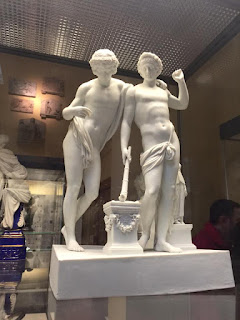 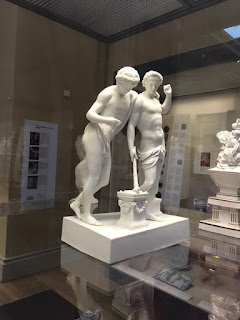 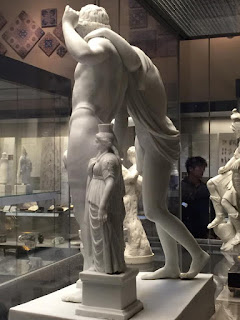 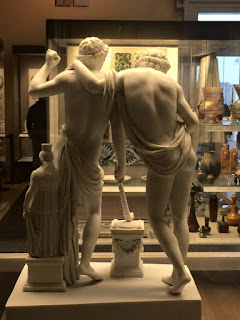