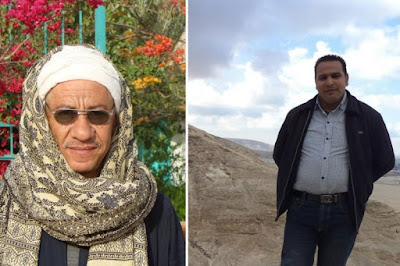 TWO security guards have been shot and killed in clashes with anonymous armed men who attempted to loot an archaeological site near Antinoopolis in Upper Egypt.

The guards reportedly fought off the looters before dying.

They were in charge of the archaeological site of Deir el-Bersha … a scant 10 km (six miles) south of Antinoopolis.

They died in a hospital after being wounded during the attack which occurred Friday evening, security sources told Youm7.

Deir al-Barsha is mid-way between Antinoopolis and Amarna, site of "heretic" Pharaoh Akhenaten's fabled "City on the Horizon" Akhetaten.

Deir al-Barsha is well known for its Middle Kingdom (2040BC-1600BC) rock-cut tombs built for the nomarchs of the 15th Upper Egyptian nom. 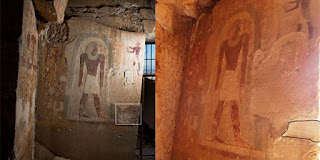 The most spectacular of the tombs is that of Djehutihotep; an estate manager and high-ranking official. That tomb was in the headlines in May 2015 when looters hacked out a fragment of bas-relief carving (outlined at right).

A RAMPAGE OF LOOTING has also targeted nearby Antinoopolis. 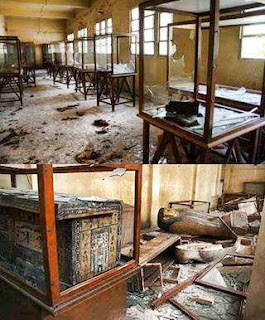 In addition, the nearby MALAWI MUSEUM was ransacked and looted after rioters overpowered guards.

Political turmoil in Egypt since the January 25 Revolution in 2011 and the subsequent security lapse left the country’s cultural heritage vulnerable to looting.

In spite of the efforts of the Egyptian government in tracking artifacts smuggled outside Egypt and in auction houses abroad, the issue is still unsettled.