EARLIEST WINE BAR AND BISTRO IN FRANCE
DATES BACK 2,100 YEARS TO ROME 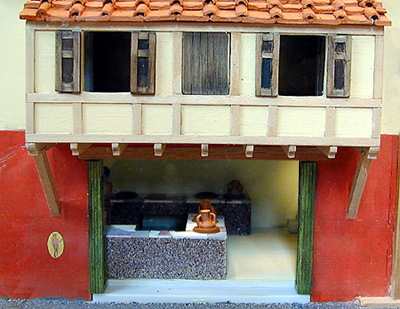 EXPERTS have found the earliest wine bar and bistro on the French Riviera, dating back 2,100 years to Roman times.

The "taberna" (Latin for "tavern") was located near the Mediterranean beach in the Montpellier suburb of Lattes, called Lattara in Roman times.

The ruins are located at the port so that it probably provided a venue for orgiastic parties at night while providing cheap lunches for sailors and dock workers during the day.

The tavern dates back to anywhere between 125 and 75 BC.

According to archaeologists, local inhabitants of Lattara earned their livelihood through farming.

As Romans conquered the place in the late 2nd Century BC, the region's economy saw changes in terms of new kinds of jobs and dining outside could be one of them. 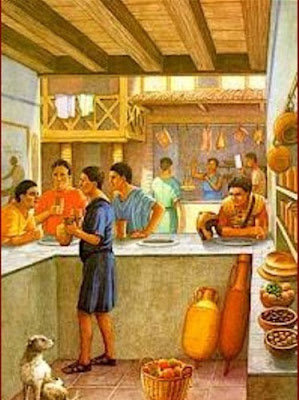 "If you're not growing your own food, where are you going to eat?," archaeologist and co-author of the study Benjamin Luley of Gettysburg College in the US state of Pennsylvania said, according to USA Today.

Luley and his co-researcher, Gaël Piquès of France's National Center for Scientific Research, first thought that they had found an ancient Roman bakery as remains of three ovens typically used for baking bread were uncovered during excavation of one of the rooms of the 2,100-year-old complex.

However, earthen benches lining the walls and a charcoal-burning fireplace in the middle of the floor found in another room suggest that the complex was a sit-down joint.

Debris of fancy drinking bowls and bones of fish, sheep and cattle were found scattered on the floor further hinting that the place was a drinking place that also served food, what is now called a pub, the researchers noted. The drinking bowls were probably imported from Italy, they added.

The dining complex is dubbed one of the first-of-its-kind to be found in the region. The discovery is significant to understand the social change in the region following Roman invasion.

"Despite being institutions of major social importance throughout the Roman world, taverns remain poorly understood archaeologically.

"The identification of one such possible tavern at the Iron Age and Roman site of Lattara in Mediterranean France is hence a discovery of special significance," the archaeologists wrote in their study published in the February 2016 issue of the journal Antiquity.

"Not only is the tavern the earliest of its kind in the region, it also serves as an invaluable indicator of the changing social and economic infrastructure of the settlement and its inhabitants following the Roman conquest of Mediterranean Gaul in the late second century BC," they claimed.