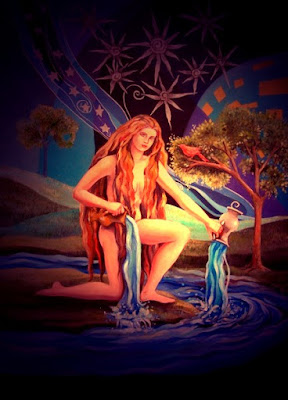 ON JULY 11th each year, the Religion of Antinous takes a moment to ponder the esoteric reflections in the Well of Castalia at Delphi — where Antinous took a sacred bath, and where he was initiated into the Delphi Mystery Teachings.

It is also where one of the most mysterious and inspiring statues of Antinous was found.

The Well of Castalia is a fresh-water spring that flows from Mount Parnassus at Dephi, the sanctuary of Apollo.

The Castalian Spring is located about 500 yards/meters from the Apollo Sanctuary itself. Busloads of tourists are whisked through the ruins of Delphi, but few ever stray away from their groups to wander off over to the spring site, which makes it an even more secluded and magical and mysterious place.

It really is like stepping into the scene pictured here — Tarot Trump XVII "The Star" — the trump card which was inspired by the Well of Castalia.

The spring was created when Pegasus, the winged horse, struck his hoof against a rock at the base of Mount Parnassus and water gushed forth, creating a wellspring of divine inspiration for the gods of Olympus. 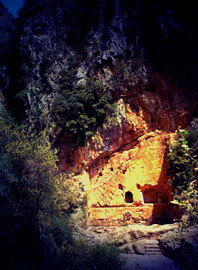 The name Castalia is derived from a Nymph named Castalia, a daughter of the river Achelous, who, when pursued by Apollo, threw herself in the spring that took her name. It was the most holy spring at Delphi and was said to be the place where Apollo and the Muses bathed.

Pilgrims washed in the sacred water before visiting the Pythoness at the Delphic Oracle. According to Euripides, washing one's hair was sufficient for the average visitor, but persons who had transgressed more seriously against the Gods (he mentions habitual murderers as an example) had to strip off and wash themselves completely in the purifying waters. 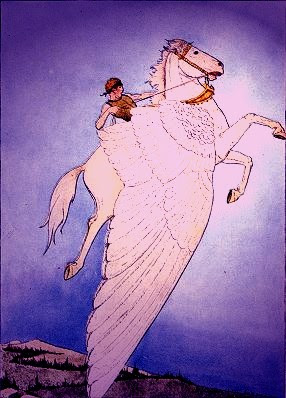 The ancients believed the name Pegasus came from an even more ancient word meaning "wellspring of magical inspiration" and it was said that Pegasus was drinking from the Castalian Pool when Bellerophontes (or in later versions Perseus) sneaked up on him to harness Pegasus to do battle against fearful monsters.

In the Delphic Mystery Teachings,  the initiates were called upon to harness the magical inspiration of Pegasus for their own quest against the inner-demons of darkness towards spiritual enlightenment.


It was also said that the water of Castalia possessed the gift of prophecy, and any man who drank there would derive prophetic vision. Castalia is also a metaphor for the Well of Knowledge, and was said to be the fountain from which wisdom and learning poured from the heart of Apollo. 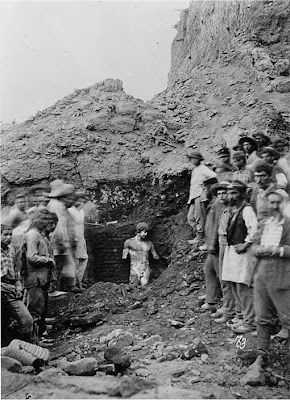 We know that Hadrian and Antinous visited this spot and it seems certain that Antinous purified himself in these waters — or at least washed his luxuriant hair.

An exquisite statue of Antinous was discovered at Delphi. The forearms had been broken off, but the ancient priests had lovingly buried the statue standing upright — which was the way it was found in the 19th Century, incredibly intact except for the missing forearms.

Alas, Antinous would drown in the similarly magical waters of the River Nile only a few scant months after visiting Delphi, during what we call the imperial "Three-Year Peregrination" — the wondrous and fateful final three-year Eastern Empire travels of Hadrian and Antinous.

Flamen Antinoalis Antonius Subia explains why this special day, July 11th, is venerated by us Antinoians: 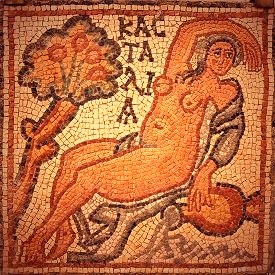 "We venerate the wisdom-gushing Well of Castalia on this day, half a year distant from the Well of Juturna, and bathe in preparation for the transition of the Peregrination year. We pray to Castalia to sweeten our tongue, as Antinous once bathed there, exposing the pure beauty of his flesh to the cold, fresh-gushing pool that imparts inspiration of the mind. In reverence of the wisdom and poetic elegance  of Antinous, we bathe in our own Fountains of Castalia."

The imagery of this purifying plunge into the magically inspiring waters of the Castalian Well has been used throughout history — even adorning the walls of early Christian churches, as seen in the mosaic (above) found in Libya.

The imagery lives vibrantly in the XVIIth Greater Trump in the Tarot as The Star.

Open your Mind and your Heart to the Mystery Teachings of Delphi. Permit yourself to be carried aloft upon the magical wings of Pegasus, whose name means "wellspring of magical inspiration". Become one with Antinous through the wonder of HOMOTHEOSIS and allow yourself to conquer your demons and to soar to glory amongst the stars.