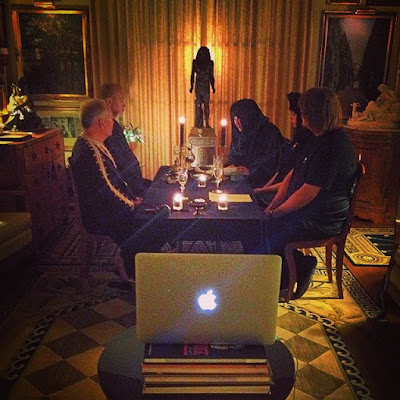 NEW saints of Antinous were announced by the Hollywood Temple of Antinous tonight during Foundation Day ceremonies shared globally with worshipers in the Americas and in Europe via Skype.

Foundation Day commemorates the founding of the city of Antinoopolis by Emperor Hadrian on 30 October 130 AD on the shores of the Nile where Antinous died a few days earlier.

That was 1,885 years ago, and Foundation Day marks the beginning of our liturgical calendar ... Happy New Year 1886!

After weeks of deliberations, FLAMEN ANTONIUS SUBIA announced the following New Year's List of SAINTS OF ANTINOUS for the new liturgical year.

Henry Moses III, Henry was a gay man and partner of Antinous worshiper Jim Crawford for 15 years who died of HIV related cancer. He worked for the Hotel Employees and Restaurant Employees (HERE) International Union in Washington, DC. Henry was responsible for adding same-sex health benefits to the HERE contracts with hotels and restaurants. He was director of Pride At Work, the LGBT advocacy group within the AFL-CIO. 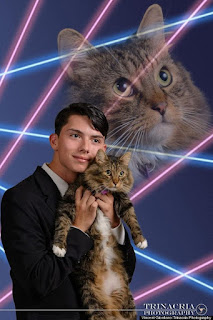 Lucas Leonard from Chadwicks, New York was only 19 years old when he stood up courageously against anti-gay hatred in his church. He was beaten to death during an hours-long counseling session at his Pentecostal church. Among those arrested in connection with the beating were Leonard's own parents and his sister.

Draven Rodriguez was a 17-year-old US high school student who gained a following in 2014 for his humorous yearbook photo with his cat. He committed suicide in 2015. 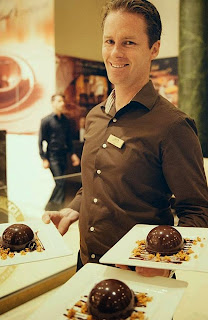 Tori Johnson, an openly gay man who had been with his partner Thomas Zinn for 14 years, was the manager of Lindt Chocolat Café in busy Martin Square in the heart of the financial district of Sydney, Australia. He was on duty in December 2014 when an Islamic radical held the staff and customers as hostages for 11 hours. Tori, 34, charged the gunmen and enabled the hostages to escape. He was killed.

AS DEIFIED EMPEROR AND SAINT:

Gaius Julius Caesar was bisexual and the lover of Nicomedes IV. He was arguably the first emperor of Rome thus establishing the position which ultimately allowed Hadrian to succeed. Caesar did not invade Nicomedia which he could have done to stem the rumours of his gay affair in the Roma senate. By leaving Nicomedia and Bithynia free, he allowed the circumstances for Hadrian and Antinous to meet.

King Nicomedes IV of Bithynia was the lover of young Gaius Julius Caesar. On his death, still in love with Caesar, Nicomedes bequeathed the kingdom of Bithynia to Rome. Without him it is unlikely that Hadrian would have diverted to the regional capital, Nicomedia, thus passing through Claudiopolis and finding Antinous. 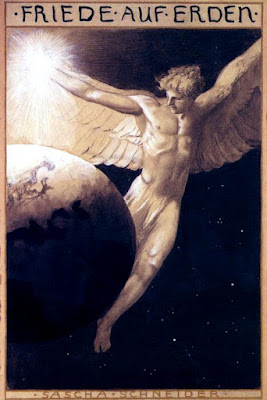 Simeon Solomon was a Pre-Raphaelite painter who was arrested in 1873 at a public toilet on Oxford Street in the heart of London and thrown in jail. He was in and out of prison the rest of his life on similar public "sodomy" convictions. He continued to paint in prison. He died in ignominy in 1905.

Sascha Schneider was a German painter and illustrator in the "Symbolist" style who was blatantly gay in uptight Germany and was constantly on the run from the police. He was rescued many times by the German best-selling author Karl May who was straight but who loved Sascha's work and insisted he illustrate his best-selling adventure novels and who collected his work so that much of it survives.

João Francisco dos Santos, an infamous ex-convict black gay drag performer and expert in the dance-inspired martial art form called capoeira whose stage name was Madame Satã (Madam Satan), became a living legend who glorified the values and lives of outcasts. He was a skilled street fighter trained in they style of capoeira, and his battles against the police forces were legendary. He routinely fought barehanded against platoons of armed policemen, forcing them to flee. He died in 1976 at the age of 75. 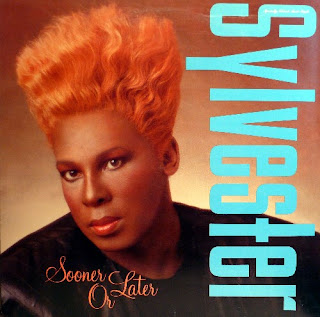 Brian Sewell was an English writer and art critic who has been described as the most famous and controversial art critic in Britain. Sewell died on 19 September 2015 at the age of 84.

Sylvester was an American singer-songwriter who boldly erased gender boundaries in the 1970s. Born as Sylvester James Jr., Sylvester gained the moniker of the "Queen of Disco" and was so famous in San Francisco that he was awarded the key to the city. He died December 16, 1988, of AIDS at the age of 41 and left his fortune to AIDS charities. 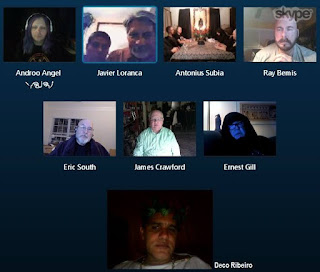 Luchino Visconti was an Italian theatre, opera and film director best known for "The Leopard" and "Death In Venice." He was openly gay but his films have few explicitly gay characters. Instead there is often an undercurrent of homoeroticism.

Jonathan Legaria Vargas, known as San Padrino Edoque, was a young priest of Santa Muerte who was one of the foremost advocates of the new cult in Mexico. He was assassinated in a hail of gunfire, a strangely appropriate and very Mexican way to die for a Priest of Our Lady Death. He advocated for gay rights and openly included gay and tranz people in the Santa Muerte cult. Already venerated as a saint, LGBT youths carry an image of San Padrino Edoque for protection because they cannot openly carry an image of Santa Muerte without suffering discrimination and ridicule...so he has become a protector of LGBT youth.

We will introduce each saint in depth next week.