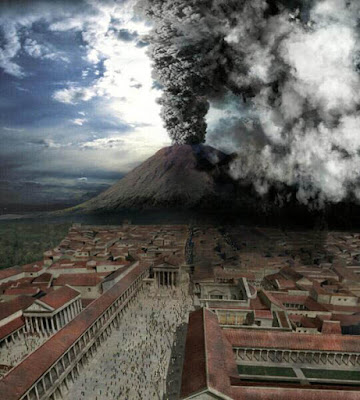 AFTER years of ever-increasing theft of relics, Italian authorities now report that stolen artefacts are being returned by tourists ... who claim the Gods had cursed them!

Scores of packages have arrived from across the world containing items from the site, often accompanied by letters explaining the relics had brought them bad luck.

One man wrote from Latin America saying that he and his entire family had experienced "trauma after trauma" after he took a piece of stone from Pompeii, says Massimo Osanna, Pompeii’s archaeological superintendent.

Fragments of amphora, pieces of frescoes and small statues have all been sent back. One Canadian woman who had taken away a decorative terracotta tile while on her honeymoon during the Seventies wrote asking for forgiveness for "an error she made in her youth," according to a report in THE TELEGRAPH.

Another parcel contained a beautiful piece of a fresco from the Casa del Frutteto, which had been discovered missing during its reconstruction in Germany. 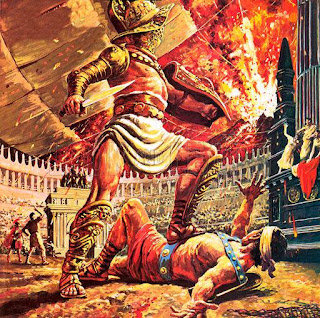 The CURSE OF POMPEII is an old story that says the eruption of Mount Vesuvius in 79 AD was punishment inflicted by the gods after legionaries destroyed holy buildings.

"At a certain point, people started believing in this story again," says Mr Osanna. "Even proper thieves have returned things to us."

In one instance, five packages were sent to Pompeii containing stolen items, including a bronze statue that had disappeared in 1987. The accompanying letter was sent from Spain and the writer complained the statue had brought a "curse on his entire family.."

However, some plunderers are afflicted by guilt, rather than an ancient curse. Mr Osanna says a woman in Britain recently returned around 10 mosaic tiles that her parents had taken while on holiday during the 1970s.

"When her mother died, she inherited this little piece. But in the letter she described it as an 'uncomfortable’ inheritance and said she wanted to give it back," he says. 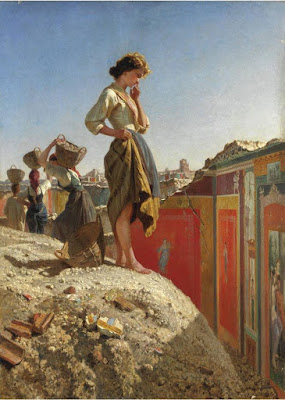 Mr Osanna is considering setting up an exhibition of all the letters he has received, calling it "What I brought back from Pompeii."

Looting is so rampant at Pompeii that UNESCO last year gave Pompeii officials an ultimatum to apply a series of upgrade measures or face having Pompeii removed from its prestigious list of World Heritage Sites.

In headline-making cases, a tourist was caught last year chiseling bits of fresco off of a wall at the DOMUS DI TRITTOLEMO.

An even more brazen thief or band of professional thieves carved out a 20x20 cm FRESCO OF APOLLO AND VENUS. The fresco apparently is destined for the black market. Shame-faced security guards only noticed the theft long after the priceless fresco was gone.