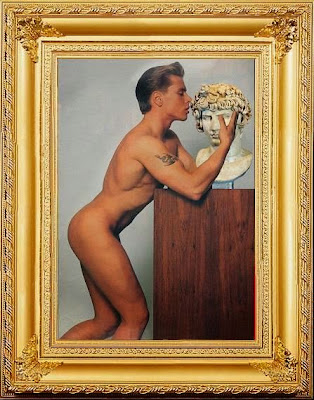 SOON you may be able to acquire an exact copy of a famous statue or bust of Antinous ... indistinguishable from the original ... thanks to 3-D imaging technology.


Not everyone can afford to seek out every Antinous statue or bust in museums scattered around the world.

And of course no one is permitted to touch them, or even use a flash camera to take a snapshot.

Imagine how compelling it would be to be able to not only look at an artifact but also to handle it and feel the skill and artistry of the who created the piece on Imperial commission from Hadrian himself.

Now, a team of research engineers from Lancaster University in the UK have tried to achieve just that by offering schoolchildren the chance to handle ancient Egyptian artifacts at the nearby KENDAL MUSEUM – without any fear of damaging the 3,000-year-old relics.

Using a simple digital SLR camera used to photograph objects from every angle, readily-available software to stitch the images together into a 3D model, and the university’s simple SLS printer, the team reproduced a range of objects including pottery, a clay head and a figurine of a warrior. 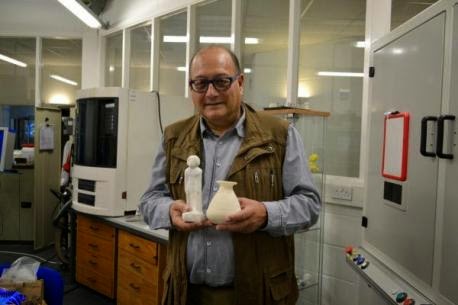 "These Ancient Egyptian items are so rare that normally we don’t let anybody touch them," says the museum's archaeology curator Morag Clement, pictured here holding some of the replicas.

"With these copies, people can pick them up, touch and interact with them instead of just viewing them behind glass," he adds. "We can also put them into loan boxes sent out to schools to teach the children about history."

The use of this technique could also make it easier to digitally repair broken antiquities.

The replicas were created by PhD student John Kaufman and Dr Allan Rennie from the Department of Engineering at Lancaster University. John Kaufman painstakingly photographed every object from 360 degrees.

"Normally this would be done with a laser scanner," he says. "But as part of my research, I used a much cheaper digital camera to see if I could make this method more accessible."

Up to 150 photos of each object were then digitally stitched together to create a 3D virtual image of the original.