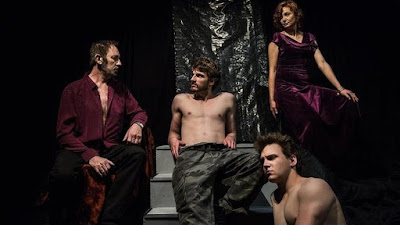 THE curtain has gone up on a striking re-reading of the story of Emperor Hadrian and Antinous ... in a theatrical play entitled "A Scandalous Boy" which has been staged in Australia and New York City.

It's 130 AD and the body of a beautiful young man lies lifeless on the banks of the Nile. In his short life he became famous throughout the Roman Empire. In death he became a god.

But who was he? Fast-forward to the 21st Century where a statue of Antinous comes back to life to reclaim his place in history. 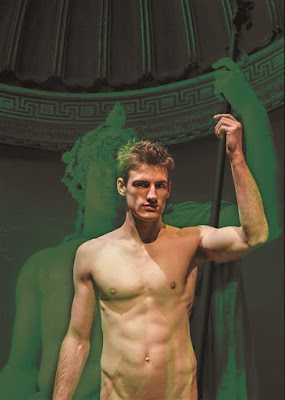 He is not just the "shameless and scandalous boy" that Christian historians dismissed him as and he's learnt a lot about life standing on that pedestal for 2,000 years.

During his mortal life Antinous survives became renowned for his beauty and caught the eye of man, the Emperor Hadrian himself.

As the Emperor's 'eromenos' he obtains wealth and luxury beyond his wildest dreams, but soon realises his continued prosperity is entirely dependent on his youth and beauty, and time is ticking on both.

And he must deal with Hadrian's wife, Sabina; his most faithful servant, Lucius; and a young man, Marcellus, with whom he falls in love.

The play by Australian playwright David Atfield was a finalist for the top award at the Arch & Bruce Brown Foundation.

Foundation judges called it: "A remarkably affecting balance of the playful and the serious...the playfulness doesn't stop the sexual politics from being disturbing, even confrontational." 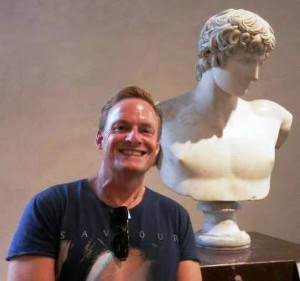 The judges said "Scandalous Boy" is: "A remarkably affecting balance of the playful and the serious … the playfulness doesn’t stop the sexual politics from being disturbing, even confrontational."

Atfield is a well-know theatre figure in Australia, and the former director of Company Skylark, uses this true story as a springboard to explore many issues in today's gay community, notably its obsession with youth and beauty.

He says, "I was constantly bumping into statues of this beautiful young man when I was travelling in Europe and I became intrigued by his story. His experiences are still so relevant to today's world.

"It's always been important to me to reclaim elements of gay history that have been forgotten or over-looked by historians and Antinous' story is one that has been deliberately avoided in many histories of Ancient Rome," Atfield says.
Posted by Hernestus at 9:00 AM