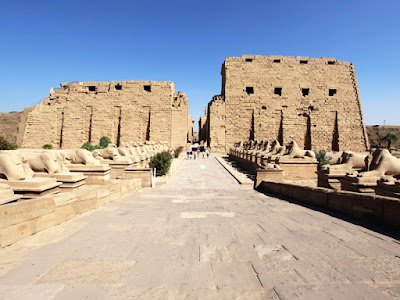 One or more explosions occurred Wednesday morning in the bus parking area in front of the temple, causing no damage to the temple!

Youm7 reported two terrorists were killed and one police officer was injured in the attack near the Temple.

Sky News added that a third attacker was injured in the foiled car bomb attempt.

Meanwhile, Al-Masry Al-Youm reported a different version of the events. According to AMAY, two attackers were killed by security forces. However, the third managed to reach the entrance of the Karnak Temple before blowing himself up and injuring a number of local vendors.