TAKE A LOOK AT 'LOOKING'
BY ANTINOUS-INSPIRED STUART SANDFORD 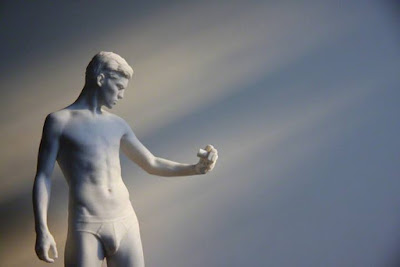 IF you are in Los Angeles the next four weeks, be sure to check out our good friend STUART SANDFORD's new exhibit of Antinous-inspired art. 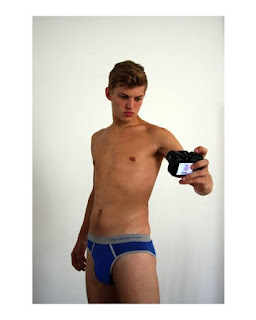 A stunning example of Stuart's work is "Sebastian" (photo at top of entry) ... a unique larger-than-life size statue based on the model Sebastian Sauvé.

The 8 foot (243 cm) statue is made from bronze but uses state of the art 3D scanning and printing technology, marrying together the ancient and the contemporary in process and concept.

Taking its main inspirations from the Greco-Roman depictions of the youth Antinous, the myth of Narcissus and the current obsession with the "selfie", this major work is both an exploration of contemporary representations of the masculine form and a comment on the icon and its place in contemporary culture. 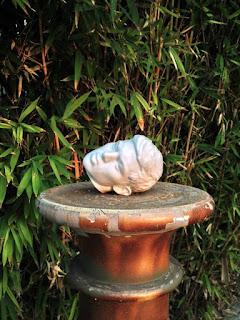 "Looking" will also feature drawings, photographs and sculptures by Stuart and another artist who, despite working some thirty-five years apart, share in creating artworks that represent gay culture in Los Angeles across four decades.

"Looking" coincides with LGBT Heritage Month and provides perspective on the changing times and social landscape in Los Angeles.

British-born Stuart has exhibited his photographic, video, sculpture, and installation work in New York, London, Berlin, Basel, Rotterdam, Rome, Madrid, and Vienna, amongst others. In 2010 he curated the group show HUNG and co-curated Boy BANG Boy, both of which took place in London. 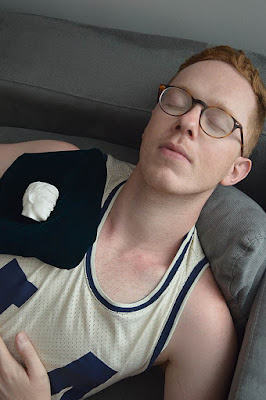 His work has been extensively featured in magazines internationally, including i-D, Dazed & Confused, BUTT, GT, Maenner, Kaiserin, attitude and Objektiv, the Norwegian journal of contemporary photography.

"Looking" is Stuart’s debut exhibition at the gallery and will feature Polaroids that were created during his fellowship at the Tom of Finland Foundation in Los Angeles, along with other selected recent works. 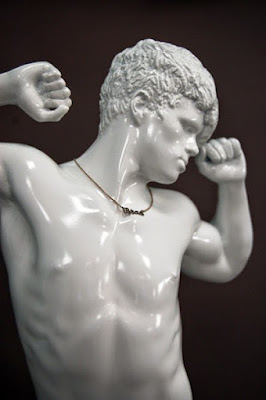 THE ADVOCATE says: "Building on an ongoing practice investigating unbridled adolescent narcissism and the self-reflexive nature of photography in the era of selfies, Facebook, and Instagram, Sandford redeploys analog photographic process to document his experiences, preserving them for posterity with an unlikely medium."

Stuart was born in Sheffield, England, and studied at Sheffield Hallam University.

His work was published in BUTT’s 2010 pinup calendar and has been featured in articles by Out There Magazine in the UK., Hyperallergic in the U.S., and TUSH in Germany.

Stuart is currently working on a book titled after the address of Tom of Finland’s famous residence, 1421 Laveta Terrace.