ROMAN SEX HABITS ON DISPLAY
AT THIS MUSEUM IN SPAIN 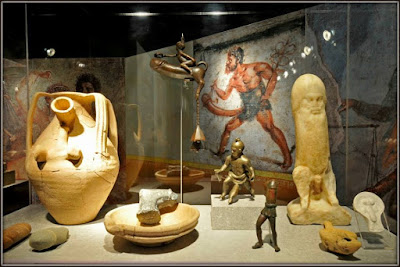 IF you are in Spain this summer be sure to check out the big Roman Sex exhibition at the Archaeology Museum of Catalonia in Empúries.

The show at the museum on the site of a Roman town, 140 km north of Barcelona, runs now through September 6.

On display are phallic objects from the time of the Roman Republic through the Hadrianic Age up until the 4th Century AD.

Texts by Ovid, Seneca, Plautus and Suetonius explain how Romans view sexuality as an expression of sacred art and devotion.