FOLLOWING IN THE FOOTSTEPS
OF HADRIAN AND ANTINOUS 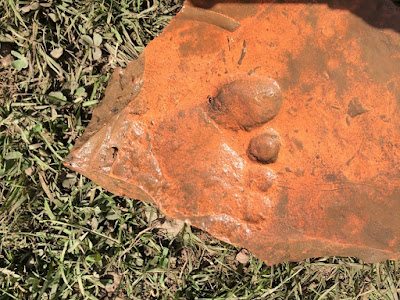 THIS Roman footprint has been unearthed at Hadrian's Wall ... a lasting impression from someone who may have seen the Emperor and Antinous during a visit there.


Someone nearly 2,000 years ago quite literally put their foot in it and as a result a volunteer digging at VINDOLANDA ROMAN FORT unearthed this tile with a clear imprint of a human foot that accidentally, or perhaps mischievously, stood on the freshly made object.

The partial print of a right foot, thought to be comparable with that of an adolescent, was found by student Mel Benard who is digging at Vindolanda with a Canadian Field School from the University of Western Ontario in Canada. 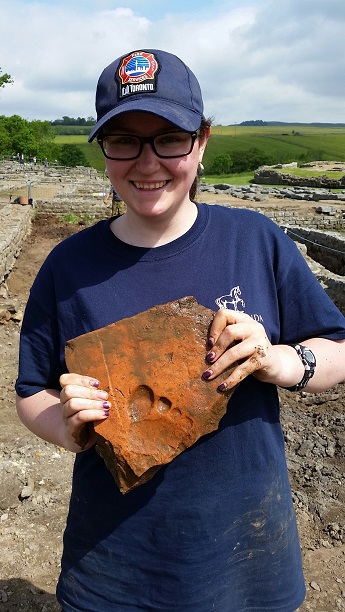 Mel (shown here) was delighted with the discovery.

“This was the first artefact that I had found, I knew straight away that it was a footprint and it is so exciting to have discovered something which links you directly to that individual nearly 2,000 years later,” Mel explained.

Many thousands of tiles have been found at Vindolanda, some occasionally with the imprint of an animal left behind.

But this is the first time a human print has been discovered at the site.

“This find is really extraordinary”, explains Co-Director of the University Field School, Dr Elizabeth Greene, “it brings full circle the story that Vindolanda has to tell. The thousands of leather shoes from this site (over 6,000) give us a unique perspective on the people who lived at Vindolanda but this footprint highlights even more that archaeology has the potential to illuminate the lives of otherwise voiceless individuals from antiquity.”

Posted by Hernestus at 1:15 PM