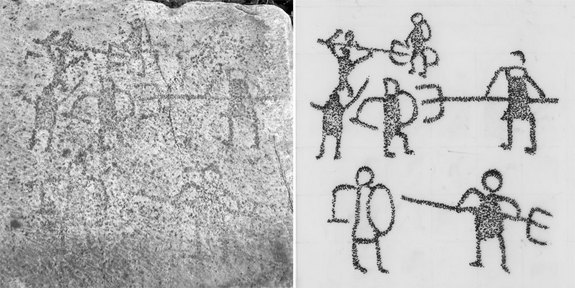 THEY may not have had "tags," but Ancient Roman graffiti artists recorded everything that was important to people in the days of Antinous: Sex, Gladiator Fights, Chariot Racing and Religious Disputes.

Experts have found hundreds of graffiti messages engraved into stone in the ancient city of Aphrodisias in modern-day Turkey which was visited by Antinous and Hadrian have been discovered and deciphered, revealing what life was like there, researchers say. 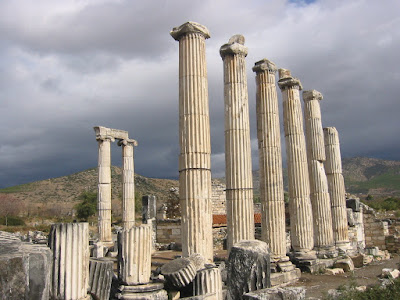 The graffiti touches on many aspects of the city's life, including gladiator combat, chariot racing, religious fighting and sex.

The markings date to the 3rd-5th Century AD in the city high in the mountains … called the "City of the Clouds."

"Hundreds of graffiti, scratched or chiseled on stone, have been preserved in Aphrodisias — more than in most other cities of the Roman East(an area which includes Greece and part of the Middle East)," said Angelos Chaniotis, a professor at the Institute for Advanced Study, in Princeton New Jersey, in a lecture he gave recently at Toronto's Royal Ontario Museum.

Chaniotis reported his discovery in a lecture given at the Royal Ontario Museum in Toronto and reported in Live Science.

"Graffiti are the products of instantaneous situations, often creatures of the night, scratched by people amused, excited, agitated, perhaps drunk. This is why they are so hard to interpret," Chaniotis said. "But this is why they are so valuable. They are records of voices and feelings on stone." 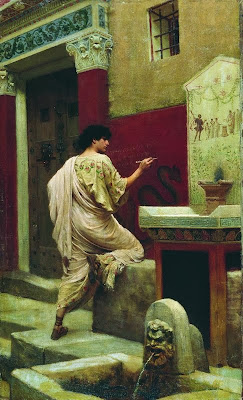 The graffiti includes sexual imagery, with one plaque showing numerous penises. "A plaque built into the city wall has representations of phalluses of various sizes and positions and employed in a variety of ways," Chaniotis said.

The graffiti also includes many depictions of gladiators. Although the city was part of the Roman Empire and was visited by Emperor Hadrian and Antinous, the people of Aphrodisias mainly spoke Greek.

"Pictorial graffiti connected with gladiatorial combat are very numerous," he said. "And this abundance of images leaves little doubt about the great popularity of the most brutal contribution of the Romans to the culture of the Greek east."

Religion was also depicted in the city's graffiti.

"Christians, Jews and a strong group of philosophically educated followers of the polytheistic religions competed in Aphrodisias for the support of those who were asking the same questions: Is there a god? How can we attain a better afterlife?" said Chaniotis.

Graffiti was one way in which these groups competed. Archaeologists have found the remains of statues representing governors (or other elite persons) who supported polytheistic beliefs. Christians had registered their disapproval of such religions by carving abbreviations on the statues that mean"Mary gives birth to Jesus," refuting polytheism.

Those who followed polytheistic beliefs carved graffiti of their own.

"To the Christian symbol of the cross, the followers of the old religion responded by engraving their own symbol, the double axe," said Chaniotis, noting that this object was a symbol of Carian Zeus (a god), and is seen on the city's coins.