FUNCTIONING ROMAN HARBOR AND PORT
TO BE RECREATED ON TURKISH COAST 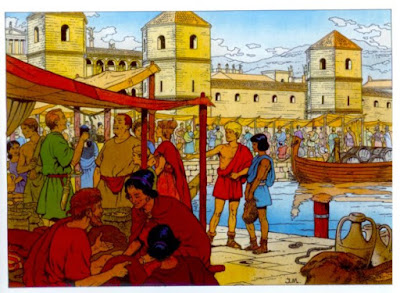 EXPERTS in Turkey will recreate a 2,000-year-old Roman harbor in one of the oldest coastal towns in the Aegean region to show modern-day visitors how a port functioned in Asia Minor, the birthplace of Antinous.

The harbor in İzmir’s Urla district will have sailing vessels, catapults, depots and the same equipment used in the Roman era, which will be constructed to resemble their original appearance.

When the harbor construction is completed, visitors will be able to take the Roman-era style boats on a tour of the area.

“This project is the first in the world. We will start working to prepare boats and weapons first. The detailed construction will start in a year,” said Ankara University Underwater Archaeology Research and Application Center (ANKÜSAM) founder and Liman Tepe excavations head Professor Hayat Erkanal. 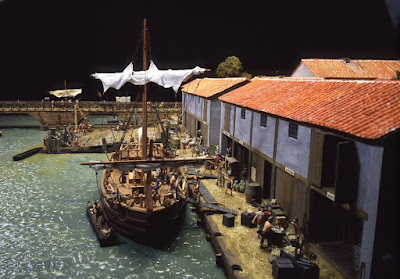 Erkanal said catapults of the Roman era would also be in the harbor.

“There were buildings in the harbor for loading and registration, we will build these buildings. We have found out that there was a small church in the harbor in the late period."

Ankara University Rector Professor Erkan İbiş said the project was important for Turkish tourism. He said they will revive every aspect of the Roman harbor.

“We will build the very same Roman harbor here. Tools, boats, loading vehicles are being created just like their original,” he said.