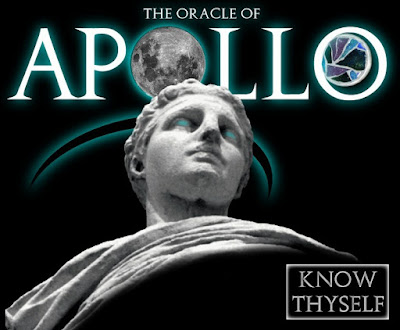 IN September of the year 128 AD, Hadrian and Antinous arrived in Athens, where they remained until February of 129 AD ... conferring with philosophers and artists ... and possibly consulting the Oracle of Apollo ... which has recently been unearthed.

It is possible that Antinous saw this … or that Hadrian himself commissioned a shrine over this newly discovered Apollo Oracle Well in the emperor's favorite city of Athens.
Archaeologists working on behalf of the German Archaeological Institute at Athens have found an ancient well, believed to be at least 1,800 years old, which could be the first oracle devoted to the Greek god Apollo ever discovered in that country's capital and largest city.
According to Haaretz and Ancient Origins, the well is the first ancient oracular edifice to Apollo, the Greek god of music, art, poetry, archery and the sun (among other things), and the well itself likely would have been used for hydromancy, a divination technique  that involved water. 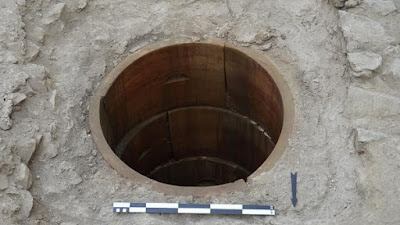 The oracle well was located in the Kerameikos neighborhood of Athens, which was in the central part of the capital just northwest of the Acropolis.
It was discovered in the Temple of Artemis Soteira, in a region that still receives water from the Eridanos River, said Dr. Jutta  Stroszeck, a cultural and art history expert who led the expedition on behalf of the Institute.
"Water, and in particular drinking water, was sacred," Dr. Stroszeck told Haaretz. "In Greek religion, it was protected by nymphs, who could become very mischievous when their water was treated badly."
People would present miniature, liquid-filled vessels and other offerings in order to appease them in such instances. 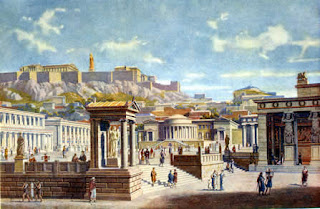 Reports indicate that the well was surrounded by a wall of clay cylinders, and researchers found more than 20 Greek inscriptions, all of which included the same phrase: "Come to me, O Paean, and bring with you the true oracle."
The word "Paean," Ancient Origins explained, was used by ancient Greeks as a title or descriptive term for Apollo.
While oracles are typically associated with fortune telling and divination, they were also used by ancient cultures to find answers to simple, everyday matters, for finding romance and in an effort to be cured of various ailments, the website added. 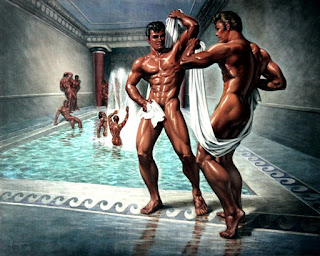 Furthermore, they were also consulted before the start of a journey or for applying for asylum in the sanctuary.
In addition to the well, the experts found a 2,500-year-old bathhouse which would have been used by both the residents of Athens and travelers during their visits to the city.
The name of the site where it was located, Kerameikos, comes from the Greek word for ceramics or pottery, it was home to many potters, vase painters and other artistic endeavors.
Located nearby was the ancient Agora and the famous Academy of Plato, and the region was also home to an ancient cemetery with tombs dating back to the Early Bronze Age  (2700-2000 BC), according to Ancient Origins. The cemetery was expanded sometime during the sub-Mycenaean period (1100-1000 BC) and remained in use through the Early Christian period, up to 600 AD.
Posted by Hernestus at 12:00 AM