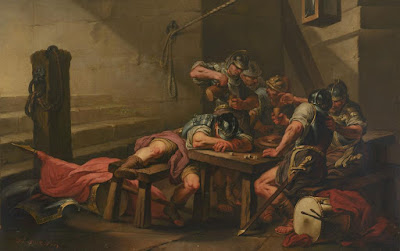 NEW research has revealed how life was made a little sweeter for the Roman troops patrolling Hadrian’s Wall ... with hot mulled wine and honey mead.

Examination of the pottery collections at English Heritage’s Corbridge Roman Town and Housesteads fort in Northumberland has shown that as well as beer and wine, mead was also made and drunk.

Mead is a beverage created by fermenting honey with water, sometimes with various fruits or spices, and is thought to be the world’s oldest alcoholic drink.

In an age without sugar, the natural sweetness of honey would have been a welcome change of tipple from beer and ... if it could be afforded ... imported wine. 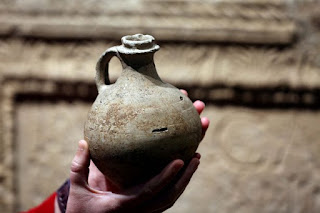 Cameron Moffett, English Heritage collections curator who carried out the research, said: "English Heritage's collections from Wroxeter Roman Town in Shropshire and Hadrian's Wall shows that mead was being made in the Roman period in Britain.

"There's evidence of mead being consumed thousands of years ago and it was the power drink of ancient Europe before wine-making had developed."

And Dr Frances McIntosh, English Heritage curator of Hadrian's Wall and the North East, said that jars for storage of honey and of mead and mulsum, plus specific lids which would have been sealed in place with wax, have been identified in the Corbridge and Housestead collections. 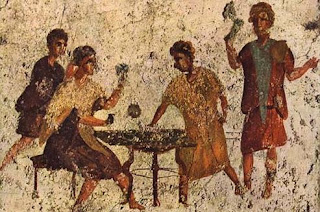 "It was probably also the case at Roman bases on the Wall such as Chesters and Birdoswald. While wine had to be imported, the advantage of mead was that all the ingredients were to hand."

Today, with a revival of interest in a craft ales and drinks like gin, mead is also making a comeback.

It was also the drink of choice for Vikings, and was given to newlyweds on what is now known as their "honeymoon".

Cameron said: "We've also found evidence of mead being produced and stored at Tintagel Castle, Cornwall, in the 5th and 6th Centuries AD for use in great feasting events."