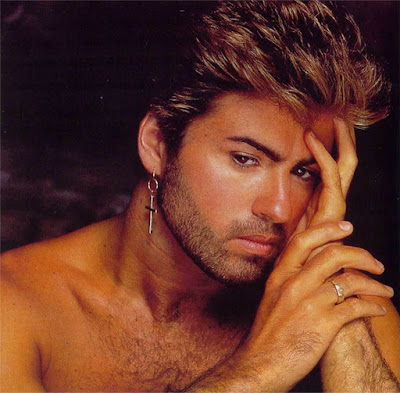 MUSIC legend George Michael is a saint of Antinous for inspiring millions of LGBT people.
Known for hit songs such as “Faith,” “Freedom ‘90” and holiday favorite “Last Christmas,” he died at age 53 on 25 December 2016, of heart failure.
But the legacy of the pop icon, who sold well over 100 million albums in the span of his career, extends far beyond his music.
"George was probably the first gay pop star in the modern era, who was totally unabashed about gay sexuality,” said Martin Aston, a music journalist.
Even though Michael was forced out of the closet, once he was out, Aston noted, "he took a great leap forward" and "came out guns blazing."
Michael's moment of liberation followed what seemed at first to be a time of deep humiliation.
He was blessed with sensual good looks and an exquisite voice, attributes he used to become first a teenybopper heartthrob and then a mature solo artist with videos that played up his considerable appeal.
He kept his own sexual orientation private, until he was arrested in 1998 for lewd conduct in a public toilet in Los Angeles after being spotted by a male undercover police officer.
In an earlier era, that might have doomed his career. Instead of retreating, however, Michael made a single and video ... "Outside" ... that ridiculed the charges against him and mocked the Los Angeles police officers who busted him.

The memorable image of the two uniformed policemen kissing in the video ... both funny and outrageous at the time ... helped Michael come out as a proud gay man.
Despite his infamous outing, “he never dealt with [his sexuality] in terms of shame,” Aston told NBC Out. “He realized he had to be true to himself, and that had to have helped bust that closet door open.”
Posted by Hernestus at 12:01 AM