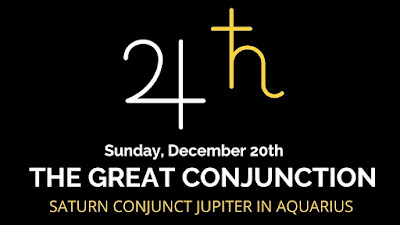 TONIGHT Jupiter and Saturn align in perfection conjunction to form a "double star" against the backdrop of the Constellation of Antinous and the star Altair in Aquila the Eagle.

Yes, the Great Conjunction is happening literally right beside Antinous. 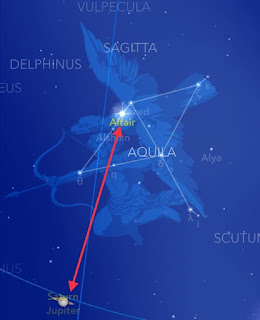 Saturn is crossing over into Aquarius, this is why some believe it is the Dawning of the Age of Aquarius because it mirrors the last similar Conjunction of 7 BC which signaled the beginning of the Age of Pisces.

As sacred synchronicity would have it, Jupiter is also crossing into Aquarius.

Some people persist in calling it a "Christmas Star" ... but it is NOT ... it is a Solstice Star ... it is a sign of Sol Invictus, not Jesus ... if anything, it signals THE END of Christianity.

It was Johannes Kepler who calculated that a Great Conjunction occurred in 7 BC and was the Star of Bethlehem.

The Magi were Zoroastrians ... not Christians. 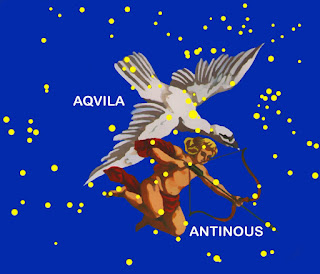 Sol Invictus and Mithras, who was born on December 25th, are related to Zoroastrian Iranian religion. They are influenced only by, but are not Persian. Mithraism was created in Roman Asia Minor in the 1st Century BC as a fusion of Greek-Phrygian-Persian beliefs.

The Magi were looking for the incarnation of Mithras. They understood that the Age of Aries was ending. Mithraism was the awareness of these great time scales, Mithras killing the Bull was symbolic of the End of Taurus.

This conjunction is one of the greatest astrological events that will ever happen in our lives. As far what it could mean, I don’t think anyone is in doubt that this year has been one of the most significant world-changing years in history.

But no one paid attention to these things in the past, for all of human history ... aside from the few who have been paying attention to the Clockwork of the Cosmos and who understand what it means.

Only Shamans, Magi, and Greek Astronomers in Alexandrian knew what was going on during the last one. And the Mayans and Teotihuacanos. Now, as we look skyward tonight, we also know! More images below .... 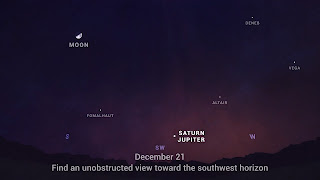 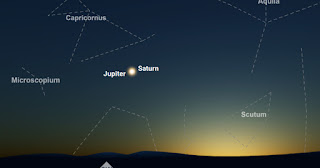 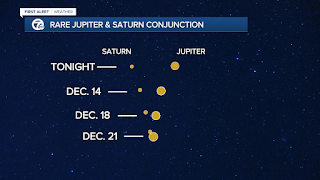 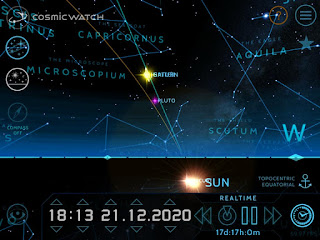 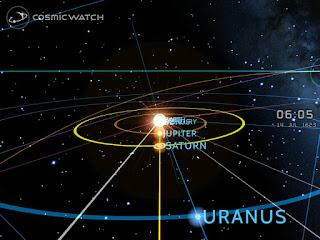 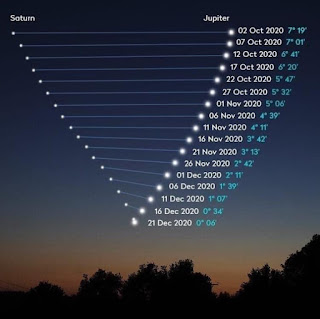 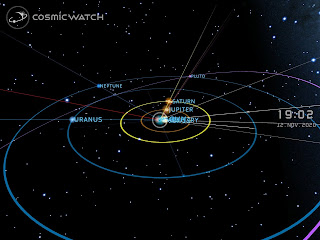 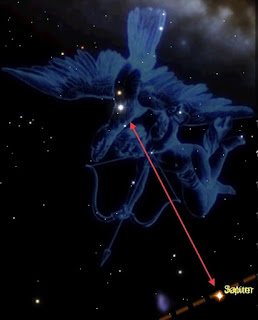 Posted by Hernestus at 9:00 PM