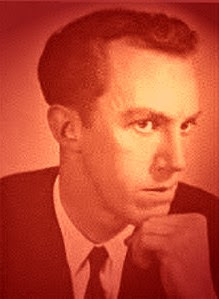 ON MAY 19th, the Religion of Antinous honors our Saint Peter Wildeblood, a British journalist, novelist, playwright and gay-rights campaigner, who was born on this day in 1923.


He became one of the first men in Britain to declare publicly that he was gay, when he was arrested and put on trial in a headline-making case in 1954. He was sent to prison on a conviction of "conspiring to incite acts of gross indecency and buggery" and his case created such an uproar that it helped to lead to the reform of anti-gay laws in the UK.

In the uptight post-war years of the early '50s, Wildeblood had made something of a name for himself in the theatre and as a roving reporter for a major newspaper, London's Daily Mail, when he happened to meet a 23-year-old RAF corporal named Eddie McNally in Piccadilly Circus. Although Eddie McNally was not Peter Wildeblood's type, they developed a relationship over time.

In the summer of 1952 they arranged to go on holiday together at Edward Montagu's beach hut on the English coast. John Reynolds, who was also an airman and a friend of Eddie McNally, also joined them.

About 18 months later, on Saturday, January 9, 1954, Peter Wildeblood was arrested at his home and his house was searched. He was charged with conspiring with Edward Montagu and Michael Pitt-Rivers to incite Eddie McNally and John Reynolds to commit indecent acts.

The police tipped off the press and the story was headlined in all the Sunday newspapers the next day. Eddie McNally and John Reynolds became witnesses for the prosecution.

The media went on a feeding frenzy and his picture was plastered all over the front pages for weeks. One paper retouched his photos to make it appear that he was wearing lipstick. He was vilified in public. He later described one incident when a woman recognized him being driven past in a vehicle.

"That night, a woman spat at me," Wildeblood wrote later. "She was a respectable looking, middle-aged, tweedy person wearing a sensible felt hat. She was standing on the pavement as the car went by. I saw her suck in her cheeks, and the next moment a big blob of spit was running down the windscreen.
"This shocked me very much. The woman did not look eccentric or evil; in fact she looked very much like the country gentlewomen with whom my mother used to take coffee when she has finished her shopping on Saturday mornings. She looked thoroughly ordinary, to me. But what did I look like to her? Evidently, I was a monster."

What so troubled the decent people of the day was not that homosexual practices went on — everybody knew they always had and always would — but that anybody would openly declare himself to be "a homosexual."

He was in the news constantly until his conviction and sentencing to 18 months in prison. Because he was (understandably) depressed, he was considered suicidal and was transferred to a dire hospital for the criminally insane where the squalid conditions affected not only his mental health but also his physical health.

He was released after 12 months and immediately launched a personal crusade to overturn anti-gay sex laws in Britain. He lobbied in Parliament and wrote articles and a book entitled Against the Law which outlined how gay people can be entrapped and harassed in their own homes for consensual activity among adults which does not affect anyone else. 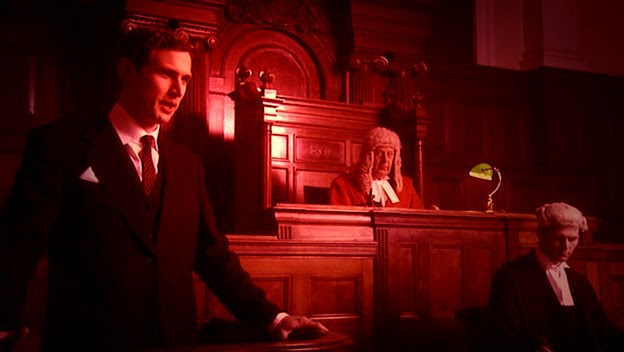 His three main points were that homosexuality between consenting adults in private ought not to be against the law, that prison only encourages homosexuality, and that in the squalor of prison hospitals there was no attempt at rehabilitation. While writing this he bought a small drinking club in Soho which attracted a mixture of types on the fringes of society. This provided material for his fictional autobiography about the club, A Way Of Life.


It was a surprise success and encouraged him to write more novels and plays which were hits on stage in London's West End in the late 1950s. In the '60s he became a well-known TV scriptwriter and producer. In the '70s he was lured by Canadian television with a lucrative contract, and emigrated to Canada, where he adopted Canadian citizenship and was responsible for numerous hit productions over the next 16 years.

When he retired in the 1980s, he went to live in a wooden Edwardian cottage in Victoria on the western coast of Canada which had a stunning view over the Juan de Fuca Straits to the Olympic Mountains above Seattle. He suffered a series of debilitating strokes in the mid-'90s which left him speechless and quadriplegic. He learned to communicate via a computer using movements of his chin. He suffered a final stroke and died November 13, 1999, at the age of 76.

In saluting Saint Peter Wildeblood, the Religion of Antinous honors the beacon of courage and hope which he represented in an age of darkness and despair for gay men everywhere. Everyone advised him to remain quiet, and yet he chose to speak out. He did not choose to be exposed but, placed at the mercy of events, he chose to become their master.

His book was a courageous act of defiance against the kind of injustice which the straight world called justice.

"Very faintly," he wrote, "as though at the end of a tunnel, I could see what I must do. I would make a statement ... I would simply tell the truth about myself ... I would be the first homosexual to tell what it felt like to be an exile in one's own country. I might destroy myself, but perhaps I could help others."