"EPIDEMIC OF LOOTING" IS SWEEPING EGYPT 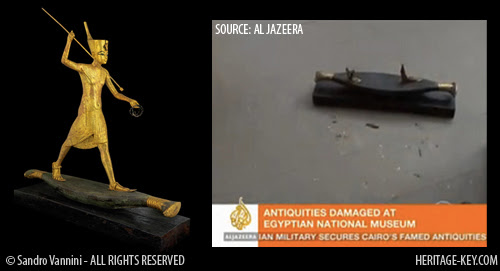 EGYPTIAN lawlessness since the downfall of President Hosny Mubarak has spawned "an epidemic of looting" and tomb robbing up and down the length of the Nile, shame-faced authorities in Egypt have finally admitted.

Tales of rampant pillaging of archaeological sites have been whispered among Egyptologists and academics around the world for more than a year. The archaeological community was appalled when Egypt's most high-profile champion of ancient monuments, Dr. Zahi Hawass, resigned in protest after holding a televisised interview in which he said the Cairo Museum and innumerable tombs had been plundered during rioting over a year ago.

Now, Egyptian authorities have confessed that they are powerless to contain a situation that has reached epidemic proportions. 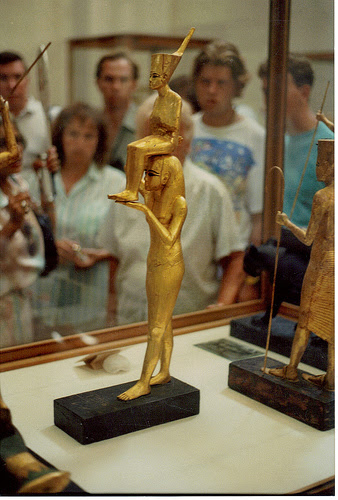 "Criminals have became so bold they are digging in landmark areas," including near the Great Pyramids in Giza, other nearby pyramids and the grand temples of the southern city of Luxor, said Maj. Gen. Abdel-Rahim Hassan, commander of the Tourism and Antiquities Police Department.

"It is no longer a crime motivated by poverty. It's naked greed and it involves educated people," he said.

In a country with more than 5,000 years of civilisation buried under its sands, illegal digs have long been a problem. With only slight exaggeration, Egyptians like to joke you can dig anywhere and turn up something ancient, even if its just pottery shards or a statuette.

But in the security void, the treasure hunting has mushroomed, with 5,697 cases of illegal digs since the start of the anti-Mubarak uprising in early 2011 - 100 times more than the previous year, according to figures obtained by The Associated Press from the Interior Ministry, which is in charge of police. 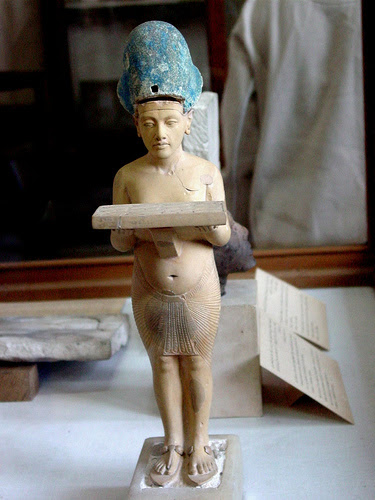 Related crimes have risen as well - 1,467 cases of illicit trading in antiquities and 130 attempts to smuggle antiquities abroad. At least 35 people have been killed in incidents connected to illegal digs, including 10 buried alive in the southern city of Naga Hamadi in March when the hole they dug in the ground caved in. Others were killed in disputes when thieves fell out over sharing the finds, Interior Ministry officials told AP news agency.

Even the Cairo Museum has fallen prey to looters. During rioting in Cairo in January 2011, more than 70 priceless treasures were stolen.

The most important of the missing objects include a gilded wooden statue of the 18th Dynasty King Tutankhamun being carried by a goddess and another gilded wood statue of Tutankhamun harpooning. The pillagers shattered the glass display case and broke off the harpooning sculpture at the legs, leaving the feet still stuck to the skiff-boat base.

Also missing is a limestone statue of the Pharaoh Akhenaten standing and holding an offering table. The looters also took a statue of Nefertiti making offerings, a sandstone head of an Amarna princess, a stone statuette of a scribe from Amarna, eleven wooden shabti statuettes of Yuya, and a Heart Scarab of Yuya. Akhenaten is the so-called heretic king who tried to introduce monotheism to ancient Egypt.