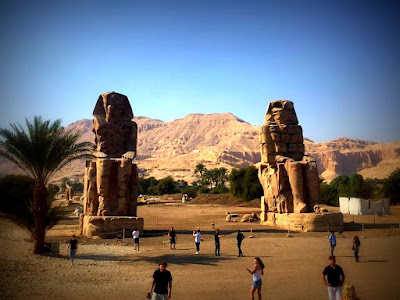 IT had long been a dream of mine to one day see these two monumental statues, because of their connection to Hadrian.

After Antinous died at Antinoopolis, the entourage continued south and at some point were here at Luxor probably in the late fall or early winter of 130 AD.

One of the members of the entourage named Julia Balbilla had three poems inscribed on the leg of one of the Colossi ... the one that spoke. It is said that in ancient times at dawn the statue would emit a sound of some kind. 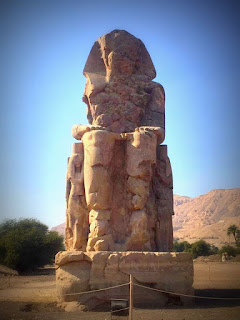 Hadrian came and heard the sound.

The next day Sabina came but did not hear anything, so she returned the next morning and according to Julia Balbilla, Hadrian commanded the statue to speak and out of fear it spoke to Sabina.

It was a wonder and honor to see the Colossi for myself, to stand where Hadrian once stood and experience his presence and see his name inscribed on the leg of the statue.

I wasn’t able to take a good picture because the sun was casting a shadow over the text, but I could read his name from where I stood.

It was a tremendous moment to be in their presence. I had never imagined that I would stand before them. They had always seemed like those phantom shapes that float into our dreams but remain separated by vast mountains of foggy mist and impassable time.

Yet, I was standing where Hadrian had stood in the weeks just after Antinous had left his life, when he must have been trying to deal with the pain but carrying on with his duties, and making the arrangements for The Religion of Antinous.

It was yet another of the most important moments of my life. 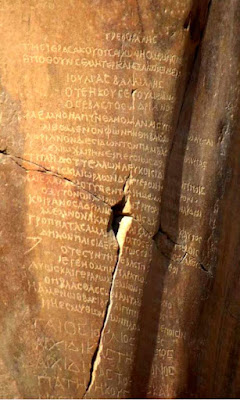 I have added a well-lit picture of the text taken from the internet, and this is the three texts she had inscribed.

When the August Hadrian Heard Memnon

But when the Titan driving through the heavens with his steeds of white,
brought into shadow the second measure of hours,
like ringing bronze Memnon again sent out his voice.

Sharp-toned, he sent out his greeting and for a third time a mighty roar.

The emperor Hadrian then himself bid welcome to
Memnon and left on stone for generations to come.

This inscription recounting all that he saw and all that he heard.
It was clear to all that the gods love him.

When with the August Sabina I Stood Before Memnon

Memnon, son of Aurora and holy Tithon,
seated before Thebes, city of Zeus,
or Amenoth, Egyptian King, as learned.

Priests recount from ancient stories,
greetings, and singing, welcome her kindly,
the August wife of the emperor Hadrian.

A barbarian man cut off your tongue and ears:
Impious Cambyses; but he paid the penalty,
with a wretched death struck by the same sword point
with which pitiless he slew the divine Apis.

But I do not believe that this statue of yours will perish,
I saved your immortal spirit forever with my mind.
For my parents were noble, and my grandfathers,
the wise Balbillus and Antiochus the king.

When on the first day
We didn't hear Memnon

Yesterday Memnon received [Hadrian's] wife in silence,
so that the beautiful Sabina might come back here again.

For the lovely form of our queen pleases you.

When she arrives, send forth a divine shout,
so the king won't be angry with you. As it is now,
you've fearlessly detained for too long his noble wedded wife.

And Memnon, trembling at the power of Hadrian,
suddenly spoke, and she rejoiced to hear it. 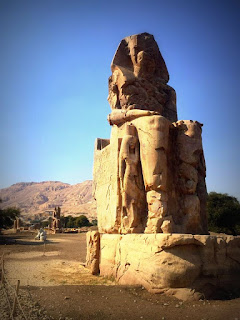 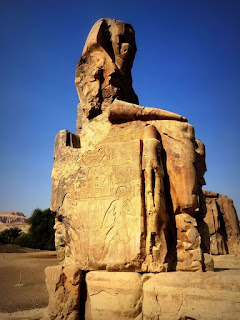 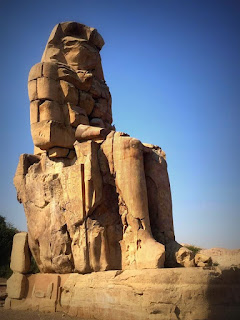 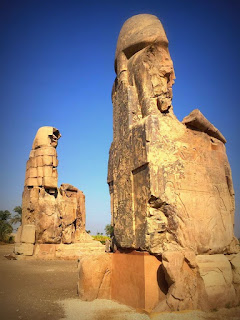 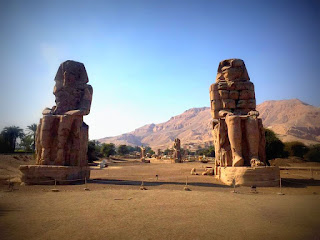