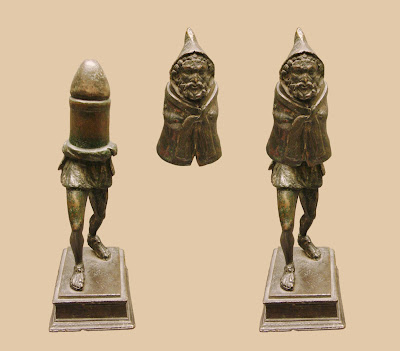 IN our continuing series on deities that Antinous may have known about during his lifetime ... meet the morphing phallic deity who has a rather large surprise under his hooded cloak.

This stunningly detailed (and intact!) little bronze figurine was found in Picardy in northern France and dates to the Hadrian Era. It is highly likely that Hadrian, who was fascinated with magic and exotic religions, was well familiar with this spirit being on his many travels to the far reaches of his Empire.

No one knows much about these hooded spirits who were so very common in Celtic and Gaulish art under Roman rule. Since they have never been mentioned in any ancient texts found so far, experts are at a loss to explain precisely what religious significance they played.

Collectively, they are called "Hooded Spirits" or "Genii Cucullati" and they are found in religious sculpture across the Romano-Celtic region from Britain to Pannonia. 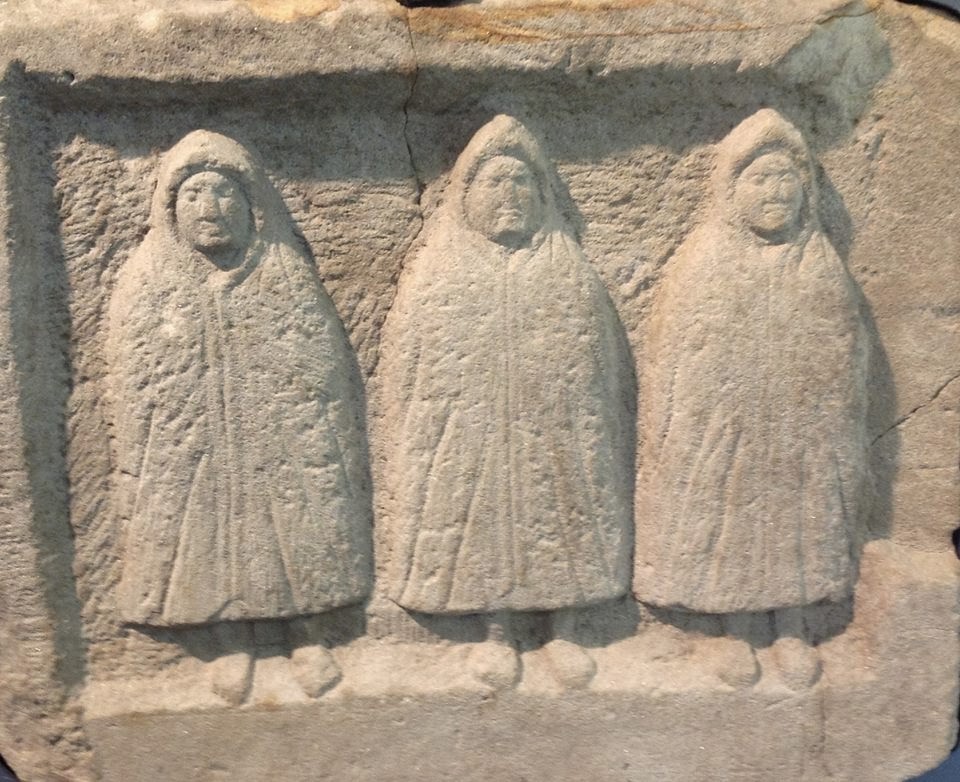 They are usually depicted as cloaked scurrying figures alone or in groups of three.

In Roman Britain they were almost exclusively shown traveling in threes, for reasons which baffle experts today.

The three Genii Cucullati above are guarding HOUSESTEADS ROMAN FORT near Hadrian's Wall.

It is very possible they are related to the son of Aesculapius called Telesphorus, who is the deity overseeing recuperation from illness. He is depicted wearing a hooded cloak, called a "cuculus" in Latin. 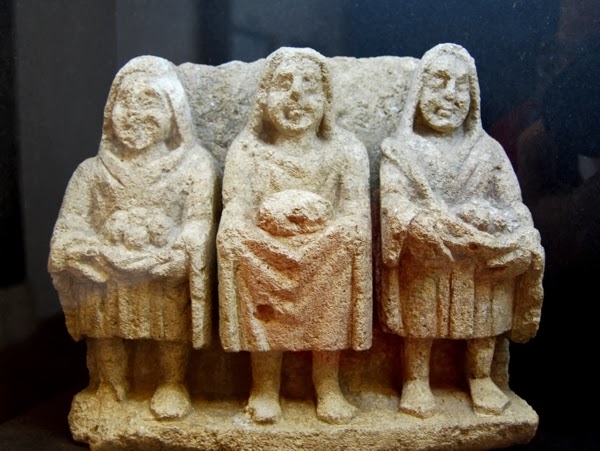 There could be an ornithological connection to cuckoo birds (also "cuculus" in Latin) since the ancient Celts (and indeed many people in modern Europe) considered the cuckoo to be an oracular bird whose distinctive call was believed to be the voice of spirit beings.

In Black Forest folklore, a young virgin would go into the woods and look for a cuckoo and then ask questions about her future husband and the number of children she might bear.

To this day, in modern German when someone is at a loss for an answer to a question, it is common to say: "Weiss der Kuckuck!" (Only the cuckoo knows!) ... the German equivalent of "God only knows!"

These figures also clearly serve a fertility function, since they often carry egg-like objects or wear blatantly phallic hoods or ... as in this case ... coneal a phallus under their cloak.

But they also sometimes carry swords or daggers ... giving new meaning to that old Mae West catch-phrase: "Is that a concealed weapon, or are you just happy to see me?"