ANTONIUS SUBIA FOLLOWS ANTINOUS
TO THE PLATEAU OF SAQQARA EGYPT 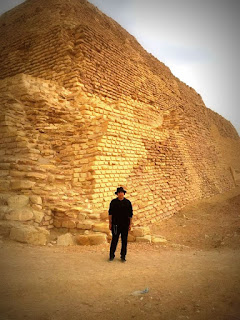 AS my sacred pilgrimage drew to a close I wanted to go to Saqqara, the plateau a short distance south of Cairo ... upriver on the Nile ... which once overlooked the ancient Egyptian capital city of Memphis/Mennefer which Hadrian and Antinous visited in 130 AD.

It turned out to be way more fabulous than I expected.

The Serapeum was amazing with the giant sarcophagi of the the Apis Bulls.

The pyramid of Djoser was breath-taking though in typical Egyptian fashion after advertising that it would be open for the first time to enter...it was closed.

The Serapeium was very far from the entrance so very I reluctantly rode a horse back, though a little kid led the horse up the hill because I was sure I was gonna fall face first into the rocks.

After Saqqara which was a fabulous dream come true, to my great surprise we continued on to the Dashur Pyramids. 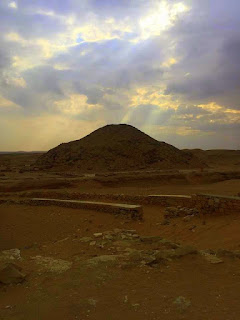 It had started to rain ... RAIN in Egypt!

As we arrived the rain stopped, just got a little wet.

We had the Entire site to ourselves.

Not a single person was there not even a guard.

But the site is immense ... we only explored the nearest Pyramid which was the Famous Broken Pyramid.

But just to the West could be seen The Bent Pyramid, and to the North was the Red Pyramid.

We climbed as far as you could onto The Broken Pyramid and surveyed the beautiful landscape.

It was an unexpected marvel to be there.

One so so many incredible experiences we have had on this pilgrimage to Egypt. 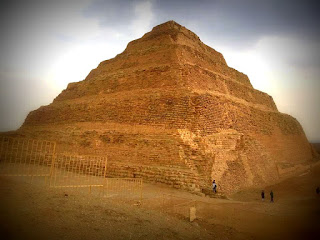 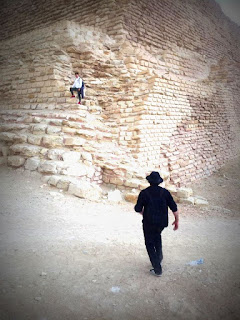 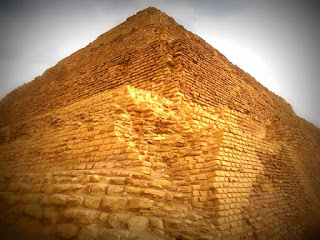 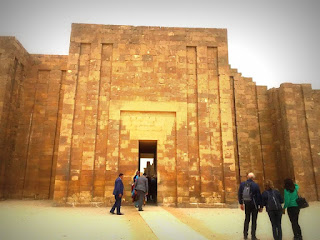 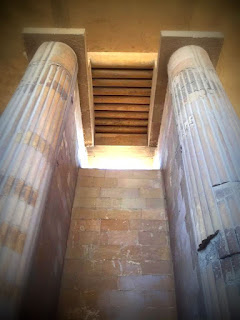 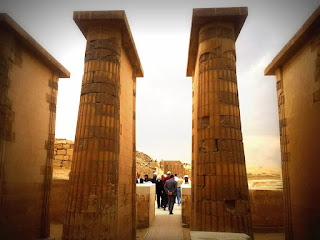 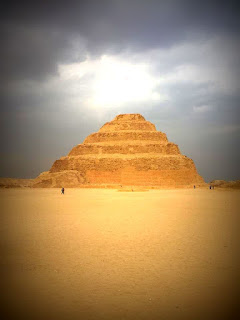