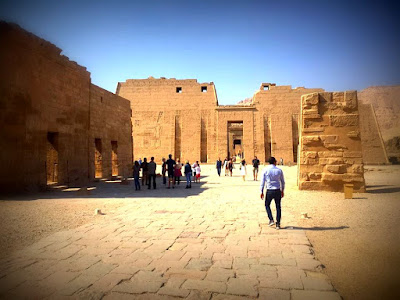 Medinet Habu Temple is Magnificent ... the scale is almost as breathtaking as Karnak.

And it is there that I came face to face with the First Miracle of Antinous ... the bountiful Inundation of the Nile which ended a famine throughout the Empire ... Antinous died in the Nile in October 130 AD ... After he was deified, Antinous asked intersex Nile inundation deity HAPI to end the drought. 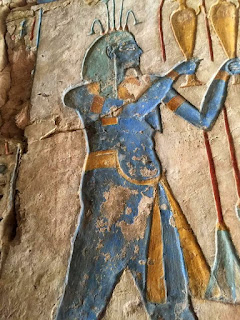 In July 131 AD, Egyptians waited a prayed to see if the annual flood would return ... and it did return ... and the drought ended ... it was the First Miracle of Antinous.

At Medinet Habu there was a tiny little room no bigger than a walk-in closet that was beautifully decorated with images of Hapi the Nile god which was my favorite part of the huge enormous Temple, the colors are almost completely intact.

There were almost no tourists there compared to the other sites, I had much of the Temple to explore completely by myself ... which was great ... gave me the chance to pray unobserved in peace.

As we were leaving I noticed a woman sitting quietly meditating before the monumental pylon ... so I wasn’t the only one there who was NOT a tourist but a religious pilgrim. 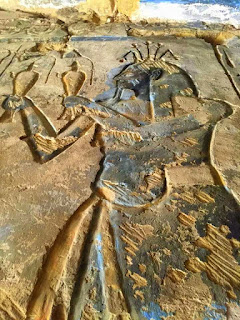 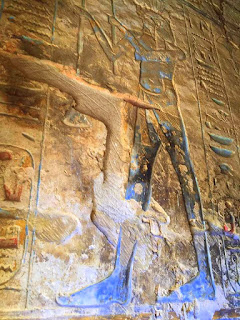 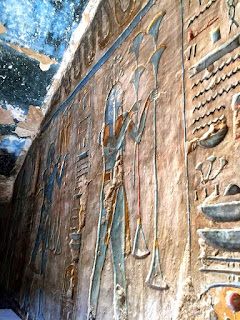 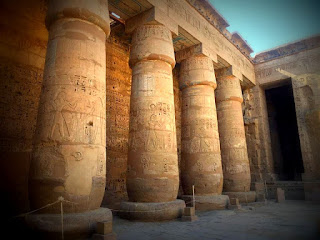 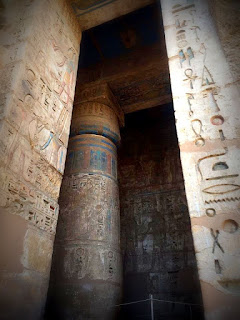 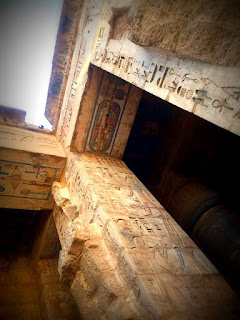 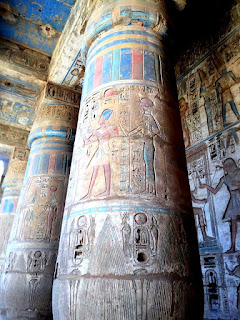 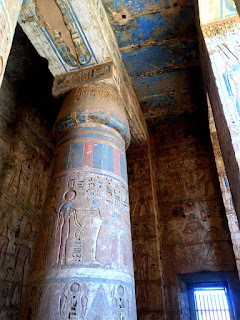 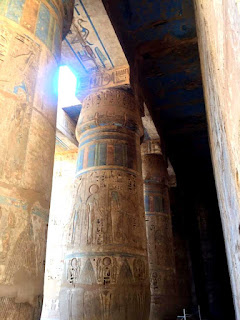 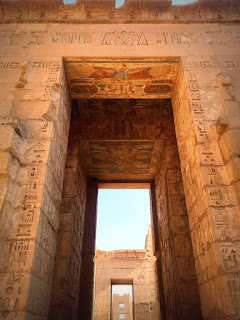 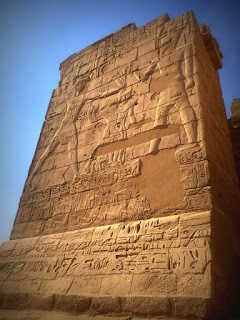