ANTINOUS IN NAPLES
AT THE AUGUST FIRST QUARTER MOON 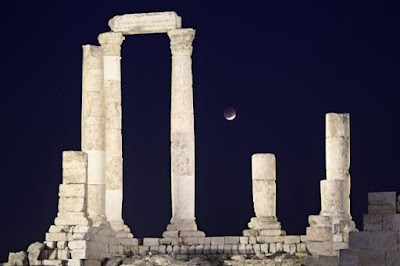 THE first stop on the Imperial tour of the Provinces, in August 128 AD, was to the ancient city of Nea Polis which we now call Naples. We commemorate this historic visit during the cycle of the August First Quarter Moon.

There the fleet gathered and various other officials and dignitaries joined the court.

Hadrian and Antinous visited the major temples and sites while the fleet made preparations. 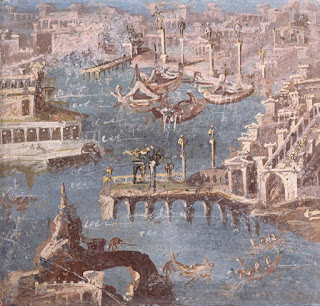 The people of Nea Polis continued to speak Greek and practice their ancient Greek customs.

Antinous would have felt at home here among the people, which was a pleasant start to the long journey.

Among the sacred sited was the ancient Temple of Hercules.

The Roman Hercules is the same god as the Greek son of Zeus-Jupiter, only that in Roman tradition he is both a protector of Mankind from the Forces of Chaos, but also an agrarian who protected the flocks and fields.

A Temple of Hercules in Naples would later be converted into a Temple of Antinous.

We know the name of one Priest of Antinous in Naples: Publius Sufenas Lupercus of Neapoli. He is a true-life man who devoted his life to Antinous. We honor him!

In later centuries, with the rise of Christianity, the ruins of this temple were used to build the Basilica of San Giovanni Maggiore. 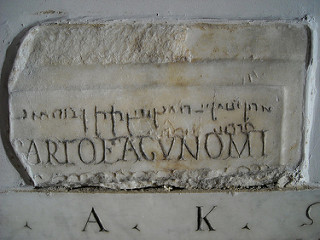 Inscriptions have been found in this church dedicated to Antinous and Hercules.

This is one of the few examples of an ancient Antinous Temple that was converted into a church.

The ancient columns of the Antinous Temple were incorporated into the Basilica and can still be seen today (top photo).

Flamen Antinoalis Antonius Subia views this first stop in the three-year final journey of Antinous as symbolic for all of us.

He says: "May Antinous-Hercules bless us with strength as we depart from Latium and cross the sea into Greece."