ANTINOUS IN MANTINEIA
HOME OF HIS ANCESTORS 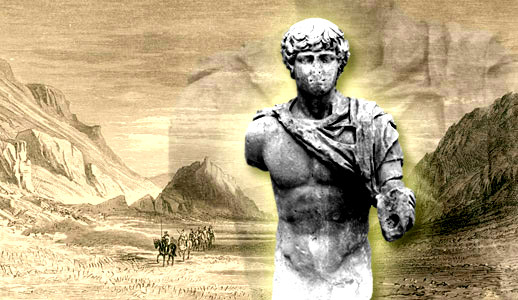 EARLY in their tour of the Eastern Provinces in 128 AD, the imperial court traveled through the Peloponnesus and visited the home of Antinous's ancestors in Arcadia, at the city of Mantineia.

This is an important first event for Antinous as it represents his return to the place of the origin of his blood, which is the source of his mysterious name.

The photo-montage above shows a statue found at Mantineia called the "Youth of Mantineia" who is thought to be Antinous, superimposed over a lithograph of the Plain of Mantineia.

Mantineia was to become the fourth most sacred city of the religion of Antinous, honoring Our God with a Temple and Sacred Games.

The Queen who founded the city was named Antinoea. She was led to the site of the city by a serpent or dragon. 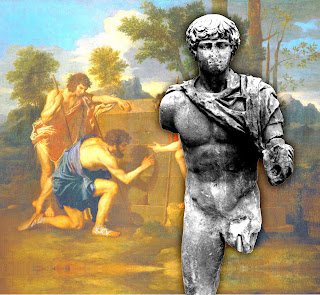 While in the city, Antinous and Hadrian paid homage at the tomb of Epaminondas (image at left).

Epaminondas was the great Theban general who defeated the Spartans in the battle of Mantineia, but died after shortly after the victory from his wounds.

The battle was won because of the courage of the Sacred Band of Thebes, also known as the ARMY OF LOVERS, a corps of 300 homosexual lovers.

Mantineia was the home of the prophetess Diotima, who was the teacher of Socrates, and it was from her he learned his philosophy of Love, particularly the mysteries of Venus Urania, which is a metaphor for gay love.

And Mantineia is the birthplace of the horned god Pan, son of Penelope and "Antinous the Suitor."

The patron deity of Mantineia, and of all Arcadia is the Great God Pan. There are two gods named Pan, the Great Pan, who is all things, and the Little Pan, who is the son of "Antinous the Suitor." 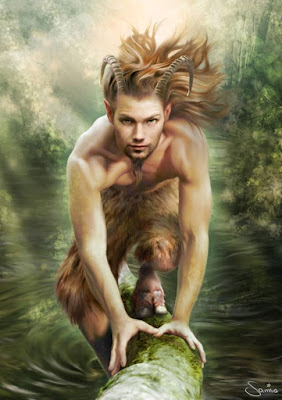 Pan is the son of Antinous ... not "our" Antinous, but "Antinous the Suitor" of Homer's Odyssey and Iliad. 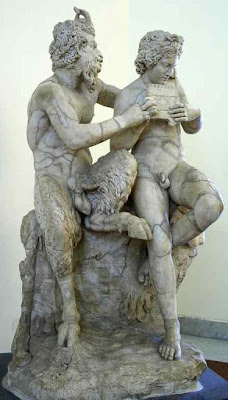