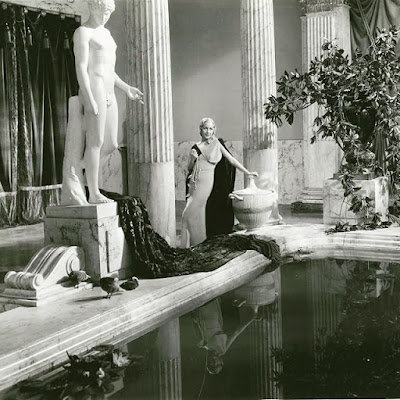 The epic movie premiered on 16 August 1934 ... with Hollywood hyping the anniversary of the death of Cleopatra VII queen of Egypt on 12 August 30 BC.

In the movie, the Antinous Capitoline statue gazes into the atrium pool beside Calpurnia (played by Gertrude Michael) in Julius Caesar's Villa in Rome. 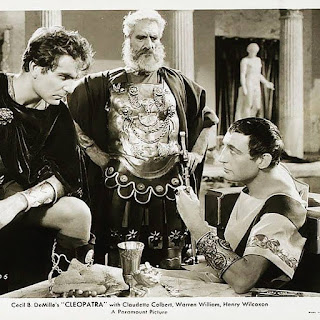