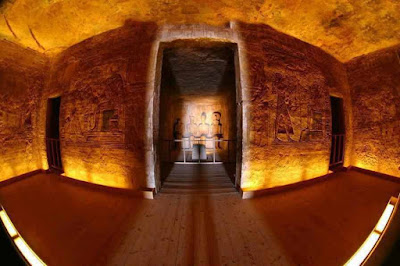 FOR most of the year, the inner sanctum of the main temple at Abu Simbel is shrouded in darkness.

On February 22, a day celebrating the king's birthday and again on October 22, a day celebrating his coronation, sunlight illuminates seated statues of the sun gods Re-Horakhte and Amon-Re, as well as a statue of king Ramses II. The statues sit in the company of the Theban god of darkness, Ptah (who remains in the shadows all year).

The spectacle—which has endured more than 3,200 years of Egyptian history—draws thousands of tourists to Abu Simbel to watch this ancient tribute to a pharaoh whose name is still known up and down the Nile Valley for his military exploits and monumental building projects. 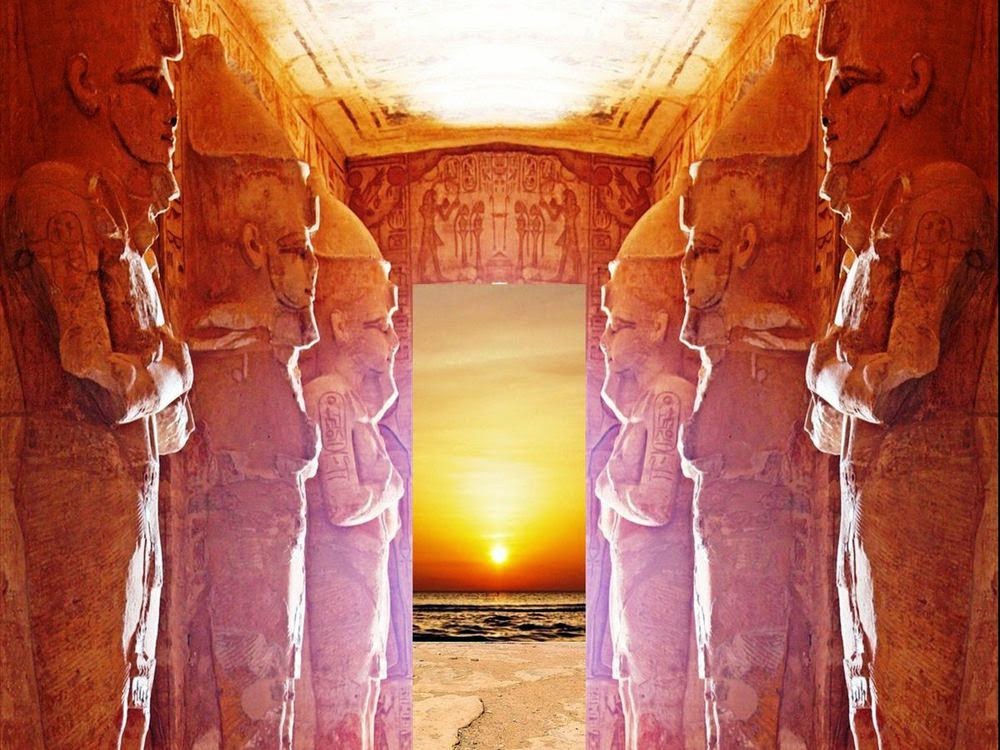 Ramses, who ruled Egypt for 66 years from 1270 to 1213 BC (about 50 years after the death of Tutankhamen, better known as King Tut) made a name for himself by battling the Hittites and the Syrians, Egypt's enemies to the north.

To celebrate his victories, Ramses erected monuments up and down the Nile with records of his achievements. He completed the hypostyle hall at Karnak (Thebes), and completed the funerary temple of his father, Seti I, at Luxor on the West Bank of the Nile.

The main temple at Abu Simbel, which Ramses ordered built near the border of Nubia and Upper Egypt, was dedicated to two sun gods, Amen-Re and Re-Horakhte.

Standing 100 feet (33 meters) tall, the temple was carved into an already-standing sandstone mountain on the banks of the Nile.

Four colossal statues of Ramses, each 66 feet (22 meters) high, guard the entrance to the temple. 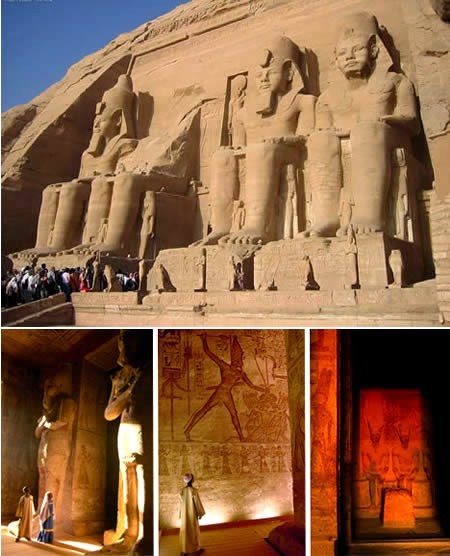 Rising to the pharaoh's knees are smaller statues of family members: his mother; favorite wife, Nefertari; and son, Prince Amonherkhepshef.

Inside the temple, three connected halls extend 185 feet (56 meters) into the mountain.

Images of the king's life and many achievements adorn the walls.

A second temple at Abu Simbel is dedicated to Nefartari, who appears to have been Ramses' favorite wife.

"Abu Simbel was one of, if not the largest, rock-cut temples in Egypt," says Bruce Williams of the Oriental Institute of Chicago, "The rock was sacred because the Egyptians believed the deity was living inside the mountain."