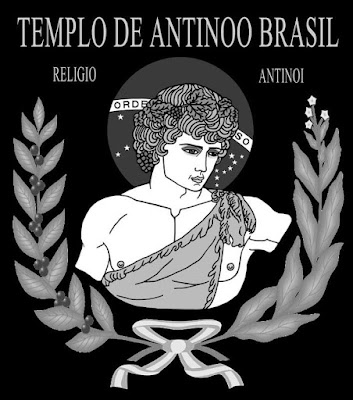 THE first Temple of Antinous in Brazil was consecrated in globally shared ceremonies tonight which also saw veteran journalist and educator DECO RIBEIRO invested as the first Priest of Antinous in that country.

The ceremonies conducted at the Hollywood Temple of Antinous were shared via SKYPE with adherents in North and South America and Europe. 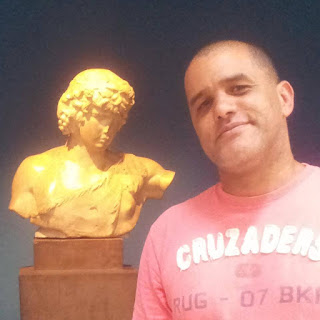 As new sacerdote (high priest) of the temple in São Paulo, Deco's priestly name will be Decus Lupercus.

The name means dedicant of Antinous through the Ancient Priest of Antinous called Lupercus of Napoli Aetolia-Arcania ... one of only seven ancient priests whose names have come down to us through historical document.

Taking part in the solemn ceremonies from Brazil, the new priest vowed to carry out his duties with reverence and joy.

He has already organized the new TEMPLO DE ANTÍNOO BRASIL and has been a driving force in the worldwide worship of Antinous for more than 10 years.

Deco lives in São Paulo, where he is well known as a journalist and gay activist and founder/director of a pioneering SCHOOL FOR LGBT YOUTH ... the only one of its kind in the world. 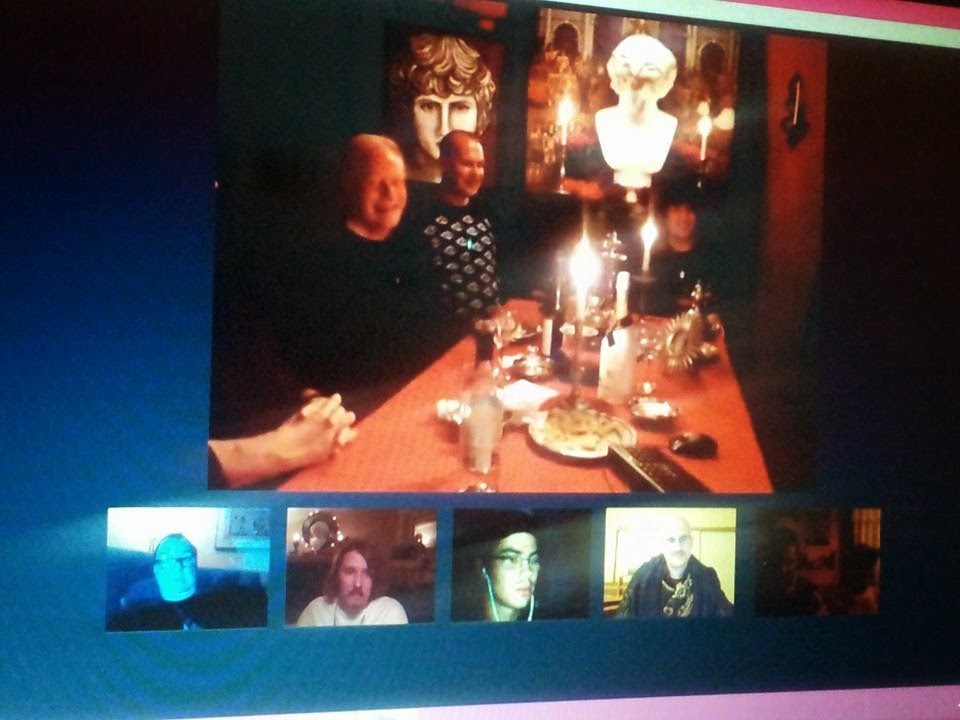 Speaking via SKYPE, he reaffirmed his calling to become a dedicant priest of Antinous.

The assembled priests unanimously blessed his investiture and congratulated his completion of a one-year training period.

Brazil has a large number of Antinous adherents, far more than any other nation aside from the United States. 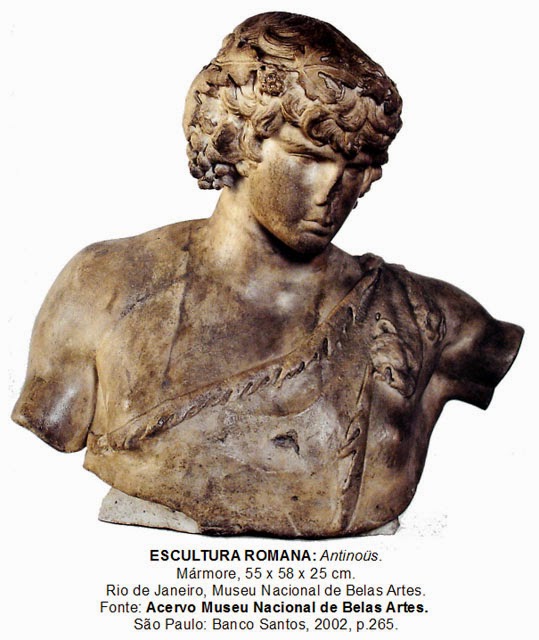 "It is noteworthy that the only sculptures of Antinous located in the Western Hemisphere happen to be in the US and in Brazil," said ANTONIUS SUBIA.

"It is as though Antinous himself has chosen those two countries to be his base for spreading his religion in the Western Hemisphere," Antonius told the worshipers assembled via SKYPE.

Deco said his investiture comes after years of contemplation and worship.

The priestly investiture was only one highlight of the ceremonies, held on the anniversary of the 30th October 130 AD founding of the city of  ANTINOOPOLIS by a grieving Hadrian at the spot on the Nile in Egypt where Antinous had died only days earlier.

This date, 30th October, is Foundation Day and the beginning of the new liturgical calendar in the Religion of Antinous.

A further highlight of the ceremonies was announcement of new saints for the year 2016. They are: 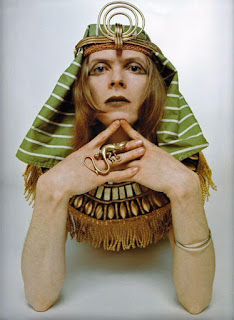 DAVID BOWIE, whose death in early 2016 shocked the world. He transformed pop and rock music and transformed gender roles and inspired billions of people around the world.

JUAN GABRIEL, whose sudden death in August 2016 was also a day of mourning. He was a superstar Mexican songwriter and singer who was an icon for millions of gay people. He was once famously asked by a television interviewer: "People look at you and say you are homosexual. What do you say?" His answer became part of his enduring myth. "Lo que se ve no se pregunta," he answered … "Don't ask about something that is obvious."

ELKE MARAVILHA also died this year. She was Russian-born drag artiste extraordinaire who was a superstar in Brazil. She was an actress, musical artist, TV star, model, and precursor of an innovative, bold and unique style, who opened the possibilities of aesthetic and behavioral path wherever she went and appeared. 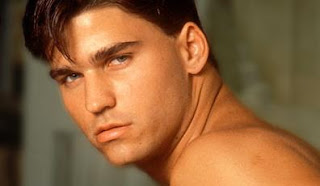 JORGE FERNANDES MARTINEZ was brutally murdered by unknown assailants near his home in the the Mexico City suburb of Tultitlán. Forensic tests showed he had been tortured, raped and asphyxiated. His broken body lay undiscovered for days. Grieving neighbors who had known and loved him for nearly 20 years held a wake and asked for dignified funeral services conducted under the auspices of The Temple of Antinous in Mexico City. The rites were held at the famous Shrine of Santa Muerte (Our Lady of Sacred Death) in Tultítlan led by Enriqueta Vargas. 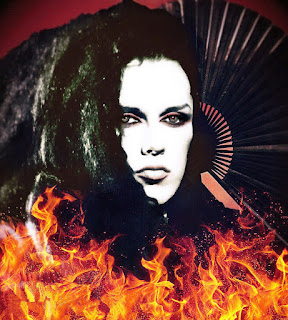 PETE BURNS was the vivacious and androgynous frontman for British pop and New Wave band Dead or Alive. He died suddenly on 22 October 2016 from cardiac arrest at age 57. "He was a true visionary, a beautiful talented soul, and he will be missed by all who loved and appreciated everything he was and all of the wonderful memories the has left us with," said Priest Uendi in nominating him for sainthood. "He was a visionary artist and all of his fans are devastated by the loss of this special star who will inspire millions forever," she added. "He never conformed to gender rules. He inspired a generation of people to be all that they could be and to settle for nothing less than their ultimate goal."

Celebrants in tonight's ceremonies also remembered the souls of victims of homophobia in 2016: 49 Orlando shooting deaths, countless more victims around the world ... victims of DAESH Islamic State terrorists ... horrific murders in Mexico ... 311 homophobia deaths in Brazil so far in 2016!

Antinous weeps for all of them. He embraces them all. Antinous guides them to his celestial barque of millions of years where they will live forever!

Posted by Hernestus at 4:48 AM