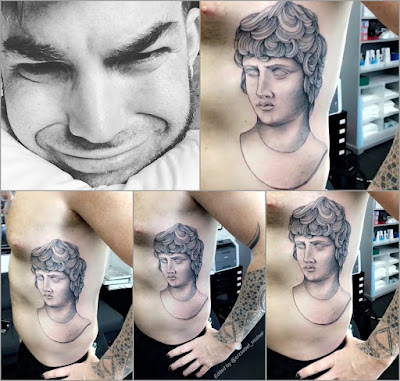 POP star and trend-setter ADAM LAMBERT has started yet another new fad thanks to the fresh ink he recently got … a tattoo of Antinous!

The openly gay star got the new tattoo on his flank, which he showed off on Instagram.

The black-and-white design features the head of Antinous, whose busts and statues he undoubtedly saw during his recent vacation in Greece. 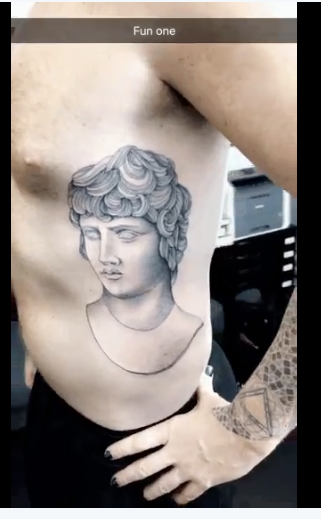 As if the unmistakable face were not enough, Lambert posted on Instagram that it is indeed Antinous.

And he urged all his fans to "look him up" and find out who Antinous is and why the Most Great and Good Gay God is now a part of his own body forever.

Lambert's tattoo, therefore, is a proud symbol of his sexuality's gay spiritual heritage, one that moves past more traditional symbols like the rainbow flag.

Judging from the photos, Lambert’s new tat hurt, which is not surprising since he chose to get it along one side of his rib cage.

After posting the design, he also shared a picture of his face while the artist worked on his tat.

Posted by Hernestus at 8:11 PM