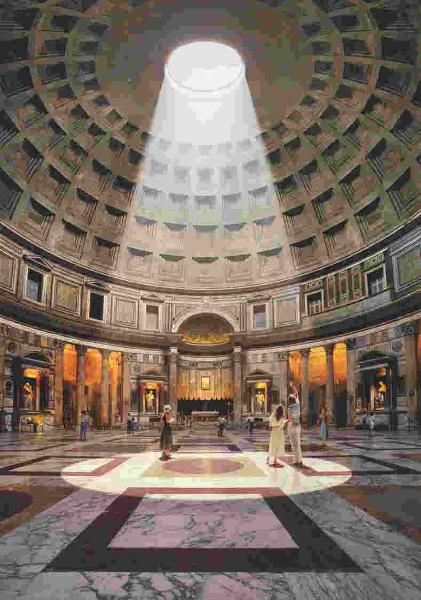 ON June 21 Hadrian's Pantheon is the place to be during the Solstice.

Hadrian's Pantheon brings tears to your eyes. Imagine being with ANTONIUS SUBIA as he describes the monolithic columns each carved from a single stone from Egypt ... "as if he could snap his fingers and have such columns appear here" ... and the marble in the interior coming from every corner of Hadrian's vast empire.

Then you stand under the oculus ... the eye of the cosmos ... the most spiritual architectural element anywhere.

But see it for yourself:

Posted by Hernestus at 9:35 PM