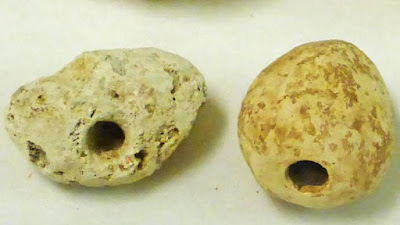 A collection of whistling bullets used 1,800 years ago by the Romans to incite fear into their enemies has been found on a hill in Scotland.

The bullets had tiny holes in them that allowed them to travel through the air towards their targets while making a terrifying shrieking sound.

Such "whistling" or mechanical buzzing is thought to have been an early form of psychological warfare.

The hill where the whistles were discovered was the site of an assault by Roman legions in the 2nd century AD against native tribes people. 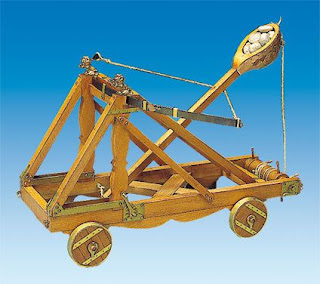 Weighing about 1 ounce (30 grams), each of the bullets had been drilled with a 0.2-inch (5 millimeters) hole.

Dr John Reid, chairman of the Trimontium Trust, a Scottish historical society based in Galashiels, is leading an archaeological investigation into the hill. He believes the holes converted the bullets into a "terror weapon."

"You don't just have these silent but deadly bullets flying over; you've got a sound effect coming off them that would keep the defenders' heads down," Dr Reid told LiveScience.

"Every army likes an edge over its opponents, so this was an ingenious edge on the permutation of sling bullets."

The noise was a kind of buzzing which sounds like an "agitated wasp" according to Dr Reid.

The idea of terrorising enemies using weapons that make a horrific noise was more recently adopted by the Nazis in World War II.

The Junkers Ju 87 or Stuka was a German dive bomber and ground-attack aircraft which first flew in 1935. The aircraft had unmistakable wailing sirens, which is demonstrated in a video.

According to Dr Reid, the bullets could be fired in groups of three or four, creating a slingshot effect. 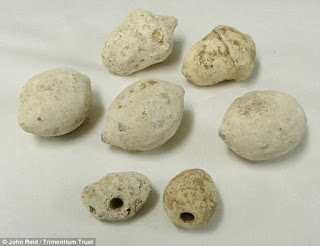 About 20 percent of the lead sling bullets found at Burnswark Hill had been drilled with holes.

This was a significant amount of effort to prepare enough ammunition for an assault, Dr Reid said. "It's a tremendous amount of work to do, to just chuck them away."

"In flight, these lead shot whistled, or more accurately gave off a mechanical buzzing sound eerily reminiscent of an agitated wasp."