MORE than 100 of these strange objects are known to exist, and their purpose remains a puzzling mystery that has baffled archaeologists since their first discovery.

All throughout Europe, small geometric objects known as Roman dodecahedrons have been recovered.

As far north as Hadrian's Wall, and further south toward the Mediterranean, the dodecahedrons, usually made of bronze or stone, are seldom larger than about eight to ten centimeters in size. 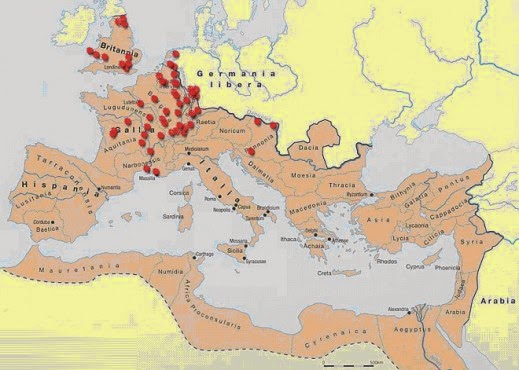 So what was their purpose?

No written records mention them, and experts have come up with many suggestions.

They could have been gaming pieces or weapons or even impediments strewn ahead of invading armies to cripple cavalry horses.

Others have speculated that they may hold religious or cultural significance, and some have gone so far as to presume they could have been useful in determining the proper times for planting various crops throughout the year.

But was there a simpler and more practical use … a use that was literally at our fingertips?

And for one man, this kind of practical thinking led him to finding a unique use for the Roman dodecahedrons… as well as a possible solution to their creation in ancient times. 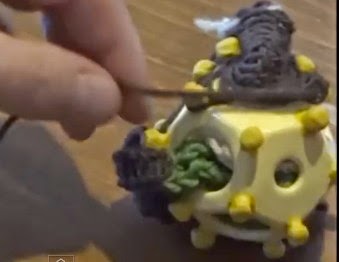 In the video below, YouTube user Martin Hallett offers his own thoughts about what the Roman dodecahedrons might have been used for, demonstrating a fascinating potential solution to their design … and an interesting, but creative outcome as well.

Using a 3D printer, he had a scale replica of one of the dodecahedrons made, and then went to work experimenting… with knitting yarn.

He deduced that these strange objects must have served some practical purpose related to fingers.

And the answer was indeed right at his fingertips ….