IS THIS THE THRONE FROM WHICH
AGAMEMNON LAUNCHED 1,000 SHIPS? 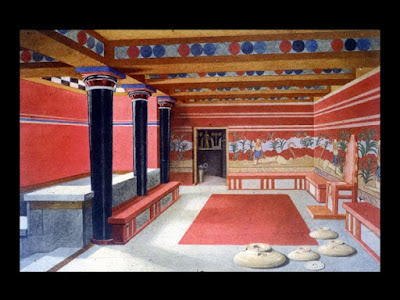 A Greek archaeologist believes he has found a fragment of the lost throne of the rulers of Mycenae, famous from ancient myth and the story of the Trojan War.

Christofilis Maggidis, who heads excavations at the site in southern Greece, said Tuesday that the chunk of worked limestone was found two years ago, in a streambed under the imposing citadel.

He told a press conference in Athens that the royal throne was among sections of the hilltop palace that collapsed during an earthquake around 1200 BC.

Greek Culture Ministry officials have distanced themselves from the identification, citing a separate study that ruled the chunk to be part of a stone basin. 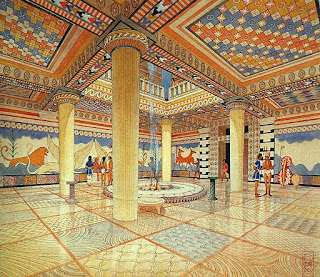 But Maggidis said the find was unmistakably made for sitting on, and would have been no use for holding liquids as it is made of porous stone

"In our opinion, this is one of the most emblematic and significant finds from the Mycenaean era," he said.

Mycenae flourished from the mid-14th to the 12th Century BC and was one of Greece's most significant late bronze age centers.

Its rulers are among the key figures of Greek myth, caught in a vicious cycle of parricide, incest and dynastic strife.

The most famous of all, Agamemnon, led the Greek army that besieged and sacked Troy, according to Homer's epics. 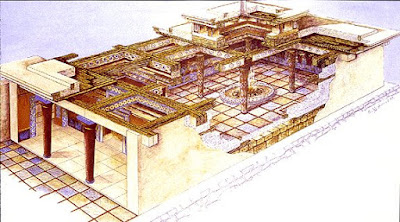 It is not clear to what extent the myths were inspired by memories of historic events. No other thrones have been found in mainland Greece's Mycenaean palaces.

An older, smaller example was found in the Minoan palace of Knossos, on the island of Crete.

Maggidis said other parts of the throne may lie be beneath Mycenae, and hopes to secure a permit to fully excavate the streamed.

The precise type of stone used has not been found anywhere else in the palace of Mycenae, although a similar material was used extensively in the citadel's massive defensive walls and in the magnificent beehive tombs where its rulers were buried.